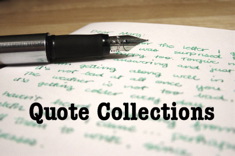 If a teacher told me to revise, I thought that meant my writing was a broken-down car that needed to go to the repair shop. I felt insulted. I didn’t realize the teacher was saying, “Make it shine. It’s worth it.” Now I see revision as a beautiful word of hope. It’s a new vision of something. It means you don’t have to be perfect the first time. What a relief!

You write to communicate to the hearts and minds of others what’s burning inside you. And we edit to let the fire show through the smoke.

Sit down, and put down everything that comes into your head and then you’re a writer. But an author is one who can judge his own stuff’s worth, without pity, and destroy most of it.

Editing should be, especially in the case of old writers, a counseling rather than a collaborating task. The tendency of the writer-editor to collaborate is natural, but he should say to himself, ‘How can I help this writer to say it better in his own style?’ and avoid ‘How can I show him how I would write it, if it were my piece?'”

A kiss that speaks volumes is seldom a first edition.

I notice that you use plain, simple language, short words and brief sentences. That is the way to write English – it is the modern way and the best way. Stick to it; don’t let fluff and flowers and verbosity creep in. When you catch an adjective, kill it. No, I don’t mean utterly, but kill most of them – then the rest will be valuable. They weaken when they are close together. They give strength when they are wide apart. An adjective habit, or a wordy, diffuse, flowery habit, once fastened upon a person, is as hard to get rid of as any other vice.

I believe more in the scissors than I do in the pencil.

I can’t write five words but that I change seven.

Don’t tell me the moon is shining; show me the glint of light on broken glass.

Writing is not like painting where you add. It is not what you put on the canvas that the reader sees. Writing is more like a sculpture where you remove, you eliminate in order to make the work visible. Even those pages you remove somehow remain.

Good things, when short, are twice as good. 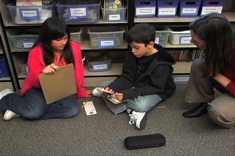 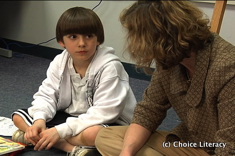 Clare Landrigan and Tammy Mulligan offer three strategies to use during writing conferences with struggling students. 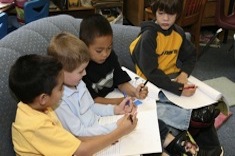 Clare Landrigan and Tammy Mulligan have some practical advice for using drawing, talk, and routines as ways into understanding writing revision for learners in the primary grades. 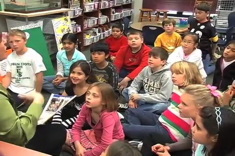 Franki Sibberson teaches a minilesson on fonts as a revision strategy for her grades 3 and 4 students. 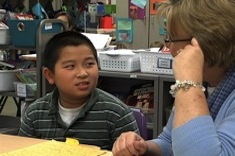 Karen Terlecky coaxes Richard to cut extraneous material from his writing by highlighting the strengths of his writing first in this video from her fifth grade classroom. 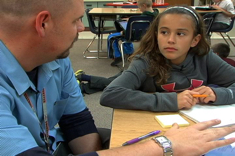 Tony Keefer confers with fourth grader Sydney about revising her writing and transitioning to a new genre early in the year.