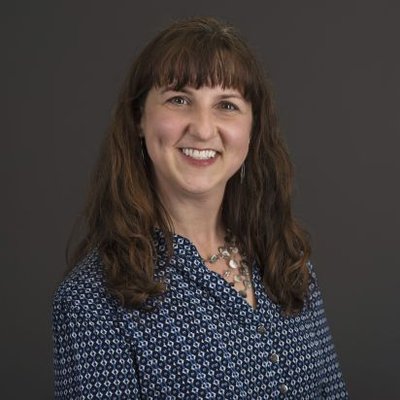 In my fourth-grade classroom, we spend a great deal of time analyzing characters. Recently, it has become apparent to me that students lack the vocabulary necessary to discuss a character’s traits beyond a basic level. At the beginning of the year if I ask students to name some possible traits to describe a character, I might get words such as nice, mean, funny, smart, a bully, evil, happy, brave, annoying, or adventurous.

True, these traits may be accurate, but they are not specific and do not show a deep understanding of the character. Since understanding character traits is a skill the students will be developing further each year, it is important that they be able to move past basic observations as they progress through the grades. Therefore, throughout the year we work on developing our character description vocabulary. I have recently started some work with interactive notebooks. Glued into the notebooks are resources about skills and concepts. Our notebooks contain mini anchor charts, useful lists, and examples the students can reference throughout the year. Oftentimes, students have heard many personality traits used to describe a person but their knowledge of what the words mean is limited.

Early in the year we do a bit of front-loading in our notebooks, using a list of traits. We discuss which traits the students already know, traits they have heard before, and traits that are new to them. Having the students include a quick sketch next to a trait can sometimes be helpful as well.

One of the best ways to introduce new traits is through picture books and other read-alouds. Early in the year I like to use picture-book biographies and books that contain conflict resolution and character diversity to help us as we develop our classroom community.

When reading Grandfather Ghandi by Arun Gandhi, Bethany Hegedus, and Evan Turk, the students can examine the actions of both main characters, Arun and his grandfather Mahatma Gandhi.

Students are quick to describe Arun as angry, mean, or impatient. This is a good time to introduce a few other words for traits such as fiery, headstrong, hostile, frustrated, or quick-tempered.

Grandfather might be described as kind, nice, patient, or calm. This is an opportunity to introduce peaceful, tranquil, devoted, dedicated, and faithful.

Experiences with mentor texts give our class reference points for us to use throughout the year.

Playing games is a fabulous way to reinforce vocabulary. Students can play a modified game of charades by acting out character traits. The students are allowed to speak or to develop a short skit to show what a person with a certain trait might say without using the actual word in their skit. For example, when working with the trait pessimistic,  students created a skit in which one of them kept saying negative things such as “I’ll never get this done” and “Why even bother?” while the rest of the performing group said encouraging things to that person. It helps to have a list of traits available for the students who are guessing. If they guess negative, sad, or gloomy, for example, without any luck, they will keep looking for more traits on the list that might work. This activity can be fun and can get a bit rowdy. As they keep guessing, students usually get to a point where they are yelling, laughing, and getting out of their seats as they guess. They enjoy this game and often ask to play it again.

Another activity is finding matches. Each child has a card with either a trait or a description of what a person might say or do to display a trait. I distribute a card to each student and have them walk around and try to find their match. This can lead to great discussions as the students try to decide if there is a match. It is fun to watch them and listen to their conversations. “Well, someone who is pessimistic might avoid their work, but I think there might be a better match. Let’s keep looking.”

Just this week my students ended up having a completely unplanned discussion about the possible traits of Edward from Kate DiCamillo’s The Miraculous Journey of Edward Tulane. The students had brainstormed a list of possible traits, which I wrote on the board. Then we analyzed the list. Even though we had been discussing character traits for only a short while, the discussion was surprisingly rich and energizing. Most of the groups of students had written that Edward was adventurous. I asked the students what adventurous characters might do. They responded with, “They like to travel” or “They are not scared to go places or try new things” and “They are always looking to do something new.” Then they decided, without any help from me, that maybe Edward was not adventurous but was someone who was put in difficult and new situations. We then went through the list and crossed off or “dotted” any traits for which there was not strong evidence. As I beamed from ear to ear listening to the students share and debate, I was struck by the fact that some of the most poignant offerings came from students who struggle a bit with reading and writing. Since this activity was oral and not written, these students were able to shine.

Analyzing characters can be done with long or short texts, fiction or nonfiction. Finding ways to incorporate regular practice with the vocabulary as well as identifying traits will only help students inch toward a deeper understanding of characters.

Gigi McAllister has been teaching for over 20 years. She is currently a literacy coach in Maine and has also taught regular and special education classes in grades 1-6.  She writes about books and teaching at The Late Bloomer’s Book Blog.

Are your students getting bored with vocabulary routines?  Katie Doherty invents a quick and fun game, Vocabrity, to help her middle school students learn words. 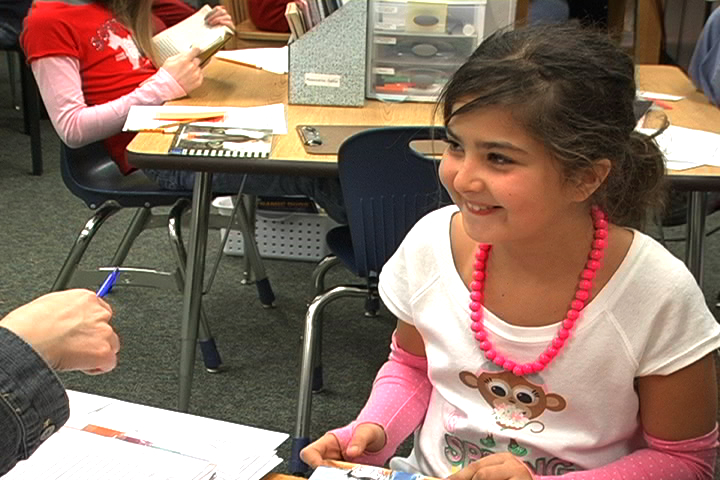 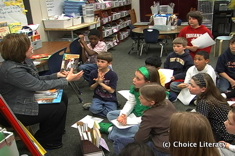 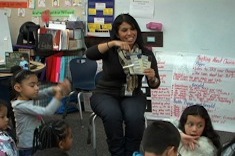 Stella Villalba scaffolds the language development of her first- and second-grade English language learners during read-aloud by highlighting vocabulary and providing a tool to assist with a partner retelling activity. 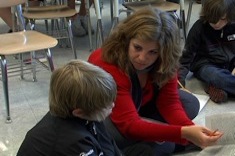 Aimee Buckner teaches a fourth grader a strategy for using a sticky note to keep track of characters when there are multiple narrators in a novel.