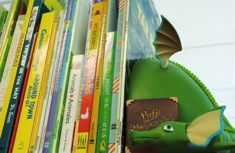 Using Summer Reading as Bookends for the School Year

I love to talk with adults about their summer reading plans. Some people enjoy tackling longer books during the summer months, whereas others like to catch up on series or authors they love. Some readers enjoy beach reads, either because they are taking a trip to the beach or because they aren’t taking that beach trip but still want to feel like they are there. I know many educators who spend their summers reading professional books that allow them to reflect and grow as educators in a more relaxed atmosphere than the hustle and bustle of the school year.

I am fascinated by all the different ways adult readers approach their summer reading. It tells so much about them as readers.

Knowing my fascination with adult summer reading, I started thinking closely about my students and their summer reading. What are the choices they make as readers during those relaxing, ideally less scheduled, summer months? This year, I decided to make summer reading the bookends of our time together as a community.

The second day of school this year, I introduced the project “What I Read This Summer” to my fifth-grade students. I modeled first by sharing a small stack of books I had read during the summer, and also showed the classes my GoodReads account with the special section I had labeled “Summer Bookaday.” This section is where I recorded all the books I had read during the summer—not literally a book a day, but rather a fun goal.

I then asked students to create a visual representation of what they had read that summer before coming to fifth grade. (A week before, I had sent a letter home to each of them, sharing that we would be talking about our summer reading so they had some pre-thinking and planning time.) All the work would be done at school, but what they created was their choice: it could be done with paper or they could create a digital learning object. Most students using digital tools chose to use Keynote or Popplet. A few went with Pages, and a small handful created their summer-reading-life visual on paper.

Regardless of the tool they chose, this activity served several purposes:

First of all, it was an amazing community builder. On the second day of school, students were already finding out about each other as readers—what they liked or didn’t like. This would pay dividends in the coming weeks as we were building our identities as readers. It also allowed a free flow of book recommendations. Since we were still a new community, often students were more swayed by friends than by “readers” or by what was truly a “just-right” book for them. But this was a great first step in switching that process.

Another benefit of this activity was that as I watched students create their visuals and then share them with their classmates, I had my first formative assessment information about this group of readers. I knew who did and didn’t value reading in their nonschool time, and it was interesting to see what types of texts and genres students chose to read. Were they reading many graphic novels, had they read fiction or informational texts, were they magazine and newspaper readers, had some children participated in online reading? Knowing all this information in the first week allowed me to begin tailoring instruction in conferences and small groups to meet the needs of each reader where they were at the very beginning of fifth grade.

As I recorded what I learned in my individual student notes, it became the baseline information from which we could build as readers through the entire year.

Over the nine-plus months we had learned together, both of my classes had grown greatly as readers. I did not want that to end just because they were leaving my room. I knew they would be reading again in middle school, but I wanted to make sure they took full advantage of the 11 heavenly summer weeks ahead of them. To make the most of their time, I decided to have them make summer reading plans.

I introduced this task by first referring them to the visual representations they had done of their reading from last summer. I had taken pictures of many of the projects back then, knowing that I would want them for future reference. I displayed these on the Smartboard, and we talked about who we were as readers back in August and who we were as readers in May. It was so fun to listen to them discuss that reading; they were shocked at what they had been reading back then, compared with what types of texts they read now. But it was also fun to hear students who still enjoyed the same series or same authors, and couldn’t wait for the next book to come out.

As I did in the beginning of the year, I first modeled what I was planning for my own summer reading. I wanted to read the second book in a series many of us loved, The Land of Stories; I knew the second Gollywhopper Games book was being released soon and wanted to read it; I needed to read for my adult book club (The Rosie Project); and I wanted to experiment with our public library’s Overdrive system (downloading books from the library onto my Kindle). I shared that this was the beginning of my plan and that the plan would change as I accomplished some of my goals.

I then asked the students to develop their own summer reading plans. I encouraged them to list a series or book they had been dying to read but just hadn’t gotten their hands on yet, possibly list one of their sixth-grade summer reading choices, include a new book in a series or trilogy, add recommendations from friends, and definitely include the four books they were taking home as a gift from our classroom library.

After an entire year of building a reading community, the conversations that ensued were spontaneous and wonderful. Because they knew so much about each other’s reading habits and likes/dislikes, students were telling each other what to put in their plan, sometimes more invested in their neighbor’s plan than their own. Our classroom was buzzing with energy and conversation, and it was delightful to listen to readers who talked to one another so knowledgeably.

Unlike the beginning of the year when talking about summer reading was a formative assessment, this activity felt more like a summative assessment, but not one for which I gave a grade. Students’ summer reading plans allowed me to see their growth as readers over the span of a school year. This was a celebration about where they had been and how far they had come in fifth grade.

My original intention was to make sure each student had a plan for the summer, but in the end, I was the one receiving a gift: the celebration of readers and knowing that their growing would still continue past the four walls of our classroom.

Karen Terlecky has been been teaching for over 3o years. She has worked in many different roles during her educational career. She started as a middle school learning disabilities / behavior disorders teacher, then transitioned to teaching a developmentally handicapped class in an elementary school for six years, and worked with students with hearing impairments as well. 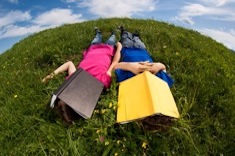 Getting Ready for Summer Reading: A Lesson Cycle 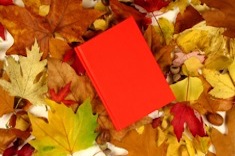 Clare Landrigan and Tammy Mulligan find that a little effort at the end of the school year pays big dividends when launching workshops in the fall. 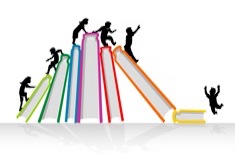 Understanding the Summer Slide: Sharing Data with Parents and Students

Clare Landrigan and Tammy Mulligan explain why it is important to share data with parents while school is still in session in order to avoid the summer slide. This is another installment in their summer reading series. 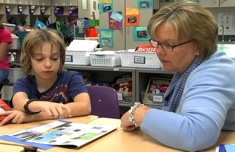 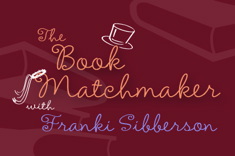 In this installment of Book Matchmaker, Franki Sibberson shares books and genres a struggling 5th grader might enjoy. 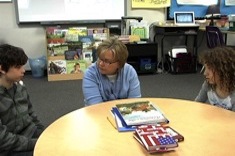