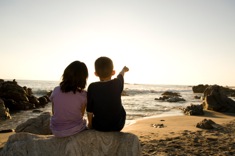 Ahna came running up from her sand castle to where I was soaking up the sun.

“Mom, there’s a kid with a weird arm who wants to play with me. I don’t want to be mean but it’s kind of creeping me out.”

I sat up, shielded my eyes from the glare, and saw a little boy whose arm ended at his elbow.

I chose my words carefully.  “That sounds like how some people treated Auggie in Wonder

She looked at me with wide eyes, and turned around and ran back to the shore. I watched as she reached over and handed the boy a small shovel. Though I couldn’t hear, I could tell she said something that made him laugh. They played together until it was time to go make lunch.

A couple days later she said, “I’m glad I played with that little boy. I don’t know what I was afraid of.”

I’ve known that books were powerful since I was very young, but every time I experience that power again — it takes my breath away. All I had to say was the magical word: Auggie.  Ahna was transported to our nighttime readings of R.J. Palacio’s book Wonder

. In the comfort of my bed she expressed such distress over how the other characters treated the disfigured protagonist.  She asked, “Why would they do that?” and “Why would they say that?” She asserted, “I would be Auggie’s friend.” Yet in real life she needed that important “Auggie” reminder as she chose her response to someone who was a little different. While I know she wouldn’t have bullied the boy, she also may not have been as welcoming and kind if she let her fear of differences lead her reactions.

Bullying is about fear and an abuse of power. It is prevalent and affects everyone from the bully to the bystanders to the victim. A Stanford University and Children’s Hospital study found that nine out of ten elementary students have been bullied. We see the effects in our classrooms daily. Many schools and districts have responded by participating in anti-bullying prevention programs.  Yet an alarming number of students report going to school afraid. Another study from the National Education Association showed that 160,000 kids miss school each day because of bullying. Bullies may attack a victim’s physical characteristics, sexual orientation, personal taste, or anything that makes a person slightly different.  There may be no apparent reason at all. Whether we are a student, teacher or parent, we all have bully stories.

My daughter Maya experienced bullying as third grader to the degree that she cried in the morning and didn’t want to go to school. Her bully wasn’t bigger, stronger or older than her, nor did she threaten physical harm. She was a “secret” bully.

. I’ve used it as a classroom teacher, teacher-librarian, and a mom. It busts the myth that bullying always comes from big or mean kids, and shines the light on emotional bullying and the devastating effects when it comes from someone you thought was a friend.

“Real friends respect your feelings and work things out with you when you have problems. Real friends like you just the way you are.” I posted this quote on the white board in the library after our read aloud. Students always related to the victim Monica, but a few kids wanted to know what happened to Katie, the bully?

. It tells the story of bullying from the perpetrator Katie’s perspective. Kid-friendly language offers accessible definitions like “Bullying happens whenever someone hurts your body, your feelings, your reputation, or your friendships ON PURPOSE.” While Confessions

has a narrative structure, informational components give strength to this resource. For example, Katie shares myths and quick facts (based on current studies) about bullying,  like “not all kids who bully look like bad guys” and “kids who get bullied could be anybody.”

I appreciated the illustrated examples of how kids bully:

edited by Megan Kelley Hall and Carrie Jones. It’s designed for tweens and teens. In my experience, most students haven’t read the book from cover-to-cover, but they’ve selected letters based on authors they know like Lauren Kate and R.L. Stine, and titles they like “The Superdork of the Fifth-Grade Class of 1989” by Kristine Harmel and “Stench” by Jon Scieszka.  They sometimes select forms that intrigue them like Mo Willems’ “Bully for Me” comic or a short poem “A List: Twenty-Eight Things I’ve Been Made Fun of For.” Wherever you open the book, you are invited into a conversation. Some students have gone on to compose their own powerful bully letters. The website www.dearbully.com has more stories and resources.

While one of my favorite books Thank You, Mr. Falker

was written as a tribute to Patricia Polacco’s former teacher, it also addresses the issue of bullying related to learning disabilities. In her new book Bully

Patricia writes to her readers, “I myself was a victim of teasing because of my learning disabilities. In my case, this involved only a few other children. But if email, text messaging, blogging and tweeting had existed in my time, I would have felt the entire world was scrutinizing and passing judgment on me. I wrote this book on behalf of children everywhere.” It is a new age of bullying as anonymity and lack of filters provide new access for bullies online. In this story the newcomer Lyla befriends Jamie, a boy who is an outcast. When three popular girls discover Lyla is smart and give her a makeover, they include her in their online comment cyberbullying of Jamie.  She tries to put a stop to it, only to find herself as the target of lies and horrible messages.

Like Trudy Ludwig, author Peggy Moss has made it her work in life to take on teasing and hate violence protection. Her book Say Something

tells the story from a bystander’s perspective. It opens with the African proverb, “If you think you are too small to make a difference, try sleeping in the room with a mosquito.” The main character sees kids that are left out, picked on and teased but doesn’t think it’s her responsibility to do anything until the day she is the target and she watches bystanders let it happen. The short picture book is followed up with advice about what to say and what to do when bullied. In my fifth-grade classroom, “That’s not cool” became our classroom words to stop teasing on the playground. Giving kids specific gambits helped them say something instead of succumbing to peer pressure.  You can learn more at www.SaySomethingNow.com.

Other Books to Consider

there are many books out there that don’t focus solely on bullying, but offer important life lessons. Let’s not forget these treasures on our bookshelves.

How to Lose All Your Friends

This book is a rule-in-reverse book. Simple illustrations and text provide a conversation and possible writing inspiration for young students.

Madonna’s book had mixed reviews in our elementary library. Adults didn’t care for it, but kids seem to like it just fine. The message about gossip and the power of words comes across clearly to young readers.

The other colors liked Blue, but didn’t stand up to Red’s bullying until One came.

http://www.youtube.com/watch?v=1TGaDSMAS1E  This is a link to the author reading the story with the help of some elementary school performers.

Ronald Durkin doesn’t appreciate Molly Lou’s short stature, buckteeth or bullfrog voice like her grandmother does, but that doesn’t mean her faith in herself won’t win him over.

For Tweens and Teens

This is a book for mature readers. It deals with teen suicide through two narratives as the consequences of rumors expands and become dire. As one teen wrote on Thirteen Reasons Why Project site (where they publish teen’s responses) “This book rebuilt me and the way I am.”

Jill joins her classmates in bullying Linda because she is overweight and doesn’t fit in. This novel brings to the surface those shy, quiet kids that worry about saying something and becoming a victim themselves.

From jock to a more sensitive Crash (John) Coogan, we all learn as we grow.

Few books stand the test of time like this one. Wanda is teased because she wears the same dress every day.  One of her classmates, Maddie, learns an important lesson about compassion.

aloud: “A classic,” “Individuality rules,” “Noncomformity is the place to be,” and “Kids whine when we have to stop reading.”

And of course, Wonder

Read it. Then buy one for someone else and tell them to read it. Be prepared for your students to want to write and share their precepts. Begin to see “August” in everyone around you and allow your reading experience to change the way you play on the beach. 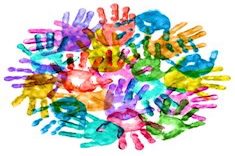 “This Could Be Our Family”: Books for Children with Lesbian and Gay Parents

Andie Cunningham considers the diversity in how “families” are defined in children’s literature, as well as how some newer books can support children with lesbian or gay parents in our new booklist.

In this podcast, Franki Sibberson chats with Lester Laminack about bullying. Lester is the author of beloved books for children and teachers including Saturdays and Teacakes

and Unwrapping the Read Aloud 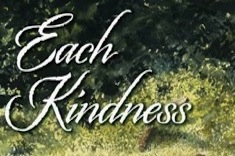 Character Through Literature Early in the Year

Katherine Sokolowski finds that the beginning of the year is the best time to build community with a unit on character and morals through literature.