What Does Your Feedback Say About Your Coaching Relationships? 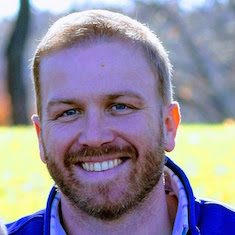 Walking out of Emily’s room, I had that post-coaching high. It had been the kind of meeting you leave knowing that you’ve pushed practice and impacted students all while sharing a few laughs and a little commiseration, too. I stopped and plopped my notebook down on the shelf amid the lunchboxes and jotted a few notes. We had made plans to provide more intentional, mixed pairings during the student discussions as well as talked about the specific targets to address in her small groups the next day. I wrote a couple of scratches about addressing the balance of who she calls on during the lesson and the effects that may have.

I looked back at my notes for the next teacher whose room I was about to go observe. They were sparse and contained a few observed behaviors and possible coaching points, but there wasn’t much. It wasn’t that there was nothing to coach, but there was little I thought Kristy might be willing to hear. Many of my previous experiences in coaching her writing workshop involved me observing the lesson, then conferring with students. Our debrief meetings had often been postponed or canceled, and I felt more like an assistant than a coach.

I couldn’t shake the differences between the teachers. Was it the teachers or was it me? Why was one experience rich and one shallow? Both teachers opened up to me at various times about successes and struggles, and there were no clashes in personality or ideology. Both were always open to having me in their room, but my feedback was very different.

Our feedback can often be a reflection of the stage we are at in our coaching journey. By reflecting on the kind of feedback we offer, we are able to determine how to invest in the relationship in order to move into more meaningful coaching sessions. What does your feedback reveal about your coaching relationship?

Although my relationship with both teachers had been established, and I would have said that they both trusted me, my feedback to Emily was rich and facilitated changes in her practice as well as had a direct impact on students. When faced with the same opportunity with Kristy, I buckled. I provided feedback masked as follow-up and questions. Instead of being direct, I tried to cloak the feedback in passive suggestions.

This revealed that I was still trying to build trust with her. If we’d truly had a trusting relationship, I could have pointed out one of the items I noticed or been direct in setting up a time and purpose for follow-up. Although this kind of feedback, the glow-and-grow approach, does begin to push thinking and/or facilitate reflection, the feedback is still specific to the need and task oriented. The results might change the teacher’s practice in one situation, but is unlikely to become a sustainable part of their instruction. By moving our feedback to more lasting changes, we will begin to see the power of our coaching practice.

In my first year as a coach, I was eager to show that I could handle all the questions and solve all the problems. I dove into the curriculum maps, learned the technologies, and kept the handbooks next to me whenever possible. Although being seen as an expert is crucial in the first stages of establishing a coaching presence, this can also be a rut in which coaches find themselves. We get used to being the one to solve the problem, create the resource, plan the groups, make the template. This may feel effective and as if you are making a difference to teachers, but in essence, getting stuck at this level of coaching enables but does not empower.

Feedback like this reveals that the coach is working to establish credibility. The coach is missing the opportunity to work toward changing practice or even perception through more facilitative questioning or even transforming the way a teacher perceives and responds to student disengagement.

Working with Emily, I could see the ways in which her practice was changing. We were using student work to truly meet the needs of all the students in her room as well as change the way she approached her craft.  Although some of the feedback was about the immediate implications of her instruction and planning for tomorrow, we were building habits and practices that would change the way she approached other students and how she thought about instruction. This type of feedback revealed that we were improving instruction that could be sustained over time and that we had reached a point in our journey that we trusted and respected each other.

While the work of leveraging feedback takes place over time and builds from one coaching session to the next, it addresses the practices and systems a teacher has in place as well as the needs of the students in the classroom itself. This is where we strive to spend most of our time. This is the work in which we feel fulfilled and driven. Teachers want to live here too. Whether they seem open to coaching or are reluctant to have you in the room, they still want to feel empowered, passionate, and not isolated in their craft. This isolation of our craft begs for walls to be broken down, and a coach removes those bricks by building relationships through honoring the individual and pursuing the push of practice. To make lasting changes to instructional practice, a teacher needs to know that the coach in the room not only has their back but also is invested in what lies ahead.

There are still ways we can coach deeper and aim to change not only instruction but also the foundational beliefs it is founded on. This area of coaching, much of which has been written about and pioneered by Elena Aguilar, is that of transformational coaching. This coaching is where we address what is in the classroom but also can touch on beliefs, behaviors, and ways of being that inform and contextualize a teacher’s decisions and practices. Issues of equity and inclusion, beliefs about how a child learns and thrives, and even the value system that informs a teacher’s practice are probed and analyzed. This type of feedback is intricate and delicate, and requires a safe space where both coach and teacher can exhibit deeper levels of vulnerability. Although this type of coaching can happen soon after a successful coaching relationship is established, it is marked by building enough trust and sense of understanding in which confrontation is not conflict and truths are not shaded.

So what kind of feedback are you giving? What does it say about the level of trust or the motivation you have in providing it? Is it safe or direct? Are you trying to establish your expertise or expose implicit bias? Paying attention to our own discrepancies in feedback to teachers can tell us about ourselves and the work we still need to do before we can move into deeper, more sustained changes that will benefit students.

David Pittman has been in education for 10 years, mainly as a fourth-grade teacher and curriculum writer. He is currently an instructional coach for an elementary school in the suburbs of Chicago.

Gwen Blumberg adjusts her expectations to a 5, rather than a 10, as she sets a big assessment project in motion. This small shift in mindset allows the team to expect and embrace bumps and shifts along the way.

When the Best Coaching Is Offering Advice

Matt Renwick shares a classroom observation and his process for discerning what kind of feedback to give. By considering different coaching approaches, as well as their limits, Matt concludes that sometimes the best coaching is offering advice.

Instructional coach David Pittman is inspired by the pop culture ninja and considers three types of “ninja feedback” to empower teachers to reflect on their instruction and assessment data.