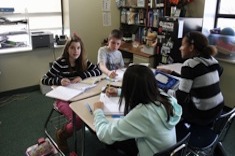 When I first began teaching writing workshop, I was told that my students needed to keep a writer’s notebook. Back then, I was the kind of teacher who liked to follow directions. Listening to what other teachers did with notebooks, I had every student find photos from home and decorate their notebooks. I instructed them to write in those notebooks during class. In watching the students throughout the year, I felt like I was failing them. None seemed to love writing. In fact, when author Gae Polisner Skyped with my class one year, less than half said they loved to write. None seemed to care about their notebooks. Many notebooks were lost. I was determined to try again.

Thinking about how I have grown as a writing teacher, I knew my instruction—and passion—for the subject changed once I became a writer as well. Maybe I needed to begin keeping a writer’s notebook? As a child, I had kept my own notebook, but it was more like a journal and was solely for at-home use. I never considered the writing I did at home to be connected to the writing I did at school. I wanted more for my students.

This school year I had a dream for my students as writers. I wanted them to find joy in writing, and I wanted to begin with the writer’s notebook. First, I had to analyze the purpose of the notebook. I write quite a bit now. Most of my drafting is done in Word, not in a notebook. If I didn’t use one regularly, did my students need to? They would be using Kidblog and Google Drive to publish their work. Was there a need for a notebook? I began an experiment: I purchased a small Moleskine notebook and carried it around with me in my purse. I wanted to examine how I used it over the summer.

What I found was that I used the notebook often when I was out to jot down ideas. I would start drafts in my notebook at home, and then later use that writing as a jumping-off point for a blog post or an article. When I was afraid to write something because it felt too big, my notebook was a safe place. I didn’t tape pictures to the cover like I had my students do in years past, but I taped photos, poems, flowers, and ticket stubs in mine to remember something I wanted to write about. Sometimes I wrote in pen or pencil; often I wrote in marker or boxed a line I had written previously in color so I could come back to it. My notebook was messy. There were starts and stops of different stories. Poems were interspersed with narratives. Lists could be found on several pages. At one point there was a picture of one of my sons and I wrote a narrative of what he was doing around the picture. My notebook began to feel like a part of me. It became battered and worn, treasured.

In August I had my students circle around me and I pulled out my notebook. Flipping through the pages, I shared with them my summer. I then pulled notebooks out for each of them. I explained that they were notebooks just for them. I told them that a writing assignment all year long would be to keep a notebook. It could be like mine, it could be something different; it was for them to decide.

Since often my voice is not enough, I thought through who would be good to talk to my students about notebooks. You might have other teachers in your building, or—like me—friends who could Skype in. When trying to think of people I admired for the way they used writer’s notebooks, I thought immediately of author Linda Urban and teacher and author Penny Kittle. Both ladies agreed to Skype in and talk about their use of notebooks with my students. Although it wasn’t planned, both shared similar messages. They both carried their notebooks with them wherever they went. Both used color in their notebooks, taping in special items. Often, they write off of an item that they taped in. Both also recommended keeping the notebooks that you fill up to refer to later. Linda showed how she gets ideas for books from older notebooks. Penny talked about how you can go back to an older notebook and see what your life was like at that moment in time. I shared with my class that I would give anything for my old journals—how I wish I had kept them. This video from Ruth Ayres is another great source of ideas for the writer’s notebook you might share with students.

Watching my students this year, I was fascinated to see how differently they used their notebooks from any class previously. They became exactly what I had envisioned—worn, messy, treasured. My students begged for more writing time on a regular basis. Many started drafts, ideas, and sketches in their notebooks and then moved to Google Drive to finish. They seemed to be able to move between paper and computer much more easily than I ever did. They would often sit with both items—notebooks and iPads—in front of them and move between the two as they wrote. They lived authentic writing lives, and I was thrilled.

What seemed to work with these kids was something I am relearning all the time. I needed to give up the control over what I thought their notebooks should be. I needed to let go of there being one way to have a notebook. Just because a professional book recommended students have a table of contents, that each page be numbered, and that the cover be decorated with photos doesn’t mean this is what every student needs. I also let go of grading the notebook on a daily basis. What went in the notebook was their writing. We would check in that we were all writing, but they owned it. Through letting go, I gave them space to become the writers they were meant to be, notebooks and all. It was a powerful lesson for me. 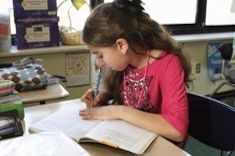 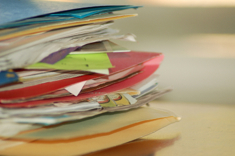 Melissa Styger has some simple suggestions for streamlining and improving student-written responses to read alouds. 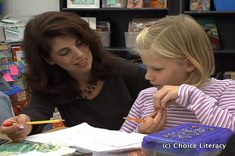 We’ve all had the experience of reading a professional book and disagreeing with some of the ideas from the author.Â  It’s just a little more surreal when you wrote the book!Â  Aimee Buckner participates in her school’s study group reading of Notebook Know-How

, and finds some of her thinking about notebooks has changed over the past few years. 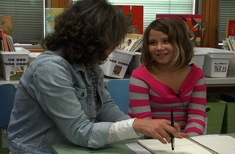 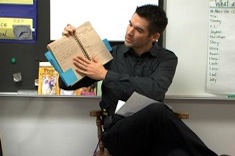 Sean Moore shares the importance of using a writer’s notebook to discover topics in this minilesson with his second-grade students from early in the year. 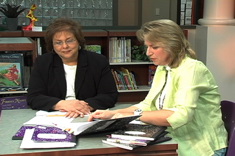