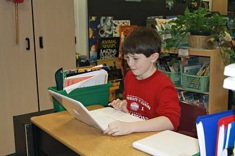 The Affect of Tech on Splrs

“The spelling of English words is not fixed and invariable, nor does it depend on any other authority than general agreement. At the present day there is practically unanimous agreement as to the spelling of most words . . . At any given moment, however, a relatively small number of words may be spelled in more than one way.”

William Strunk Jr. and E.B. White in The Elements of Style

If the misuse of the word affect instead of the correct effect didn’t catch your attention in the title, don’t worry — you are in good company. It’s fourth on the list of most troublesome homonyms. The title includes a true spelling error. And how about tech — how did you feel about that? Tech is a shortened version of technology. You probably knew what it meant; your brain made meaning. With splrs I used a shorthand or texting form to represent spellers. Where did that rank for discomfort? It’s not really appropriate in a more formal piece of writing on teaching and learning, is it?

An Edutopia poll asked, “Does text messaging harm students’ writing skills?” More than half of the respondents (54%) said “yes” and 18% were undecided. Only 25% said “no.”

I can believe that a majority of educators believe texting is harming kids’ writing. I hear it a lot. At a recent scoring workshop, a team of teachers was lamenting about how lazy their sixth-grade spellers had become. A teacher showed me more than one paper using the letter u for the pronoun you. I could view that u as lazy, but the writer might just as readily view that u as efficient. I was already scheduled to be in their school the next day, so I arranged to meet with any writers using text-speak in their essays. When the students were released to work, I invited Walker, Brayden, and Ani over.

“I was looking at your writing and I can tell you are going to be screenagers soon,” I said.

“Yes, you know. Teenagers that are very comfortable with technology — anything with a screen.” They nodded and shrugged.

“All three of you used the letter u in place of the pronoun you. Tell me all the places you can do that.” After an initial shyness, they came up with dialogue boxes in their video games, Twitter, chatting, Facebook, notes to friends and of course, texting.

“Those are all types of writing where that u works. When you are writing for an audience outside of friends that includes other students, teachers, adults in the community and perhaps even people from other countries, you want to use Standard English. The Standard English spelling at this time is you. So sometimes you are going to be able to use u and sometimes you need to use you — how will you remember the difference?”

“It’s just remembering who you are writing to,” Walker said, “I knew I was doing it, but Ms. D said it was a draft so I just wrote it like that.”

I refer to this as my “LOL”-type minilesson. The first time a teacher invited me to do one was a few years ago when she had a student, Shara, who used LOL all the time in her writing. When I met with Shara, we noticed all the places she’d used LOL. We discussed how cool it is to use in places that you are making jokes, and then we planned how to avoid it in her school writing unless she was writing a fictional piece where it fit. She drew a little tombstone with LOL instead of RIP, and LOL was officially buried for Shara in school writing.

In What Really Matters in Spelling

, Patricia Cunningham boldly states, “Texting and Twitter encourage exactly the kind of spelling behaviors we need to squelch.” Yet teens say (according to a Pew Internet and American Life research project) that 93% of them write for their own pleasure. Which presents a paradox — teens are writing more than ever, yet we really don’t have data beyond anecdotes on the effects of texting and Twitter on formal writing. “The plural of anecdote is not data.” For all we know, texting and Twitter type communication could have a positive effect over time if we match it with the right teaching.

From the same research group comes this statistic about screenagers: “A majority of teens (60%) don’t believe texting actually counts as writing.”

I asked my own screenagers at home if that was true. They agreed they spend a lot of time with their fingers on a keyboard or a number pad, but they didn’t really associate it with “writing writing.” Now that doesn’t make data, but it does make for an interesting conversation. What if texting and Twitter weren’t creating a generation of awful spellers, but instead a generation of thoughtful spellers? What if being purposeful about when to use u and when to use you (with the help of teachers respectful of their preferences for communication) didn’t harm writing skills at all?

Until the data is in, I’ll keep planning my LOL-type minilessons honoring students’ communication and helping them navigate and decide when to use their informal or formal writing skills. Technology is changing quickly. Because of this, each generation’s brains are wired differently. How do our schools and teaching reflect those changes? 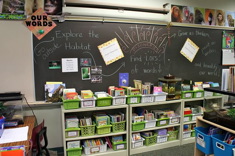 Living Words is a quick routine from Andrea Smith that helps students see the power of rich vocabulary for describing the natural world around them. 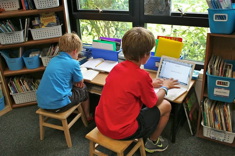 Unexpected Gifts: Technology and Community in the First Days of School

Andrea Smith is surprised and delighted at what technology adds to her classroom in the early days of school. 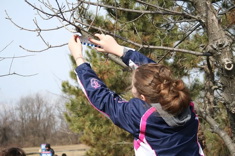 Injecting Writing into Everything: Bringing the Outside In

Heather Rader helps a 3rd grade teacher break through the resistance of some student writers.  The magic tool?  A dirty onion from the garden. 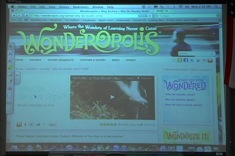 Getting More from Wonderopolis

Franki Sibberson uses Wonderopolis with her 4th grade students, helping them learn to research and dig more deeply at the site. 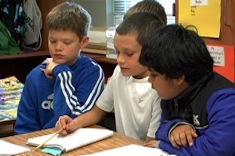 Franki Sibberson works with a group of students who want to create a collaborative blog of interviews. The discussion reveals some of the challenges of blog writing, including consistent posting and developing topics that might endure over time. 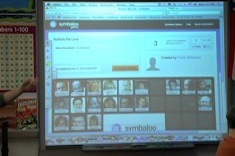 Franki Sibberson's goal is to provide her students with more tools for previewing books independently and making wise selections. In this lesson, she makes full use of technology to set up sites and resources for students to browse at school or home.