“You’re a sucky teacher!” She hurled these words at me just before throwing a Kleenex box across the room, tipping over her desk, and storming out the door. I sighed and called the office.

I was in my second year of teaching — my third month of teaching 6th grade. Theresa, the Kleenex thrower, epitomized the class’s feelings toward me. We’d had a rocky start. I had been transferred to my current school two weeks into the school year to alleviate the overflow in 6th grade. Nobody appreciated the change. I resented being pulled from the class I had started the year teaching, and the 6th grade students resented everything.

I had tried to get them on my side. I created what I hoped would be engaging lessons. But no matter what I did, they refused to pay attention, fed off each other, and pulled me down with them. Their behavior was atrocious: obscene graffiti about me on the bathroom walls, fights, even a death threat issued in the middle of the class one day . . . it was not good.

After several months, it began to wear on me. I must admit their behavior did not spawn in a total vacuum. It was inexcusable, but I engaged in belittling, sarcastic behavior as I attempted to shame students into compliance. Together, my students and I had established a classroom utterly devoid of respect — a toxic environment if there ever was one.

I knew this, and I didn’t like it. I’d get up every morning and vow that I was not going to let them get to me, but as much as I wanted to walk the high road, I found myself engaging in behavior that has absolutely no place in any classroom. Frankly, I didn’t like my students, and I hated myself  for how I was treating them. Something had to change.

I held my breath until winter break and found some respite in not having to see them for two weeks. My resolution for the New Year: I was going to turn the culture of the classroom around. I was going to instate new classroom norms. We were going to be the classroom I dreamed of: that one where the students grow to admire their teacher because she is able to reach them through tough-love and high standards. I pictured myself as a thirty-something, white, female Edward James Olmos, the legendary teacher from the movie Stand and Deliver

Unfortunately, by the third week into January, I resembled a doormat, not Mr Olmos. I may have made resolutions, but it was clear the students had too: they were going to drive me out.The final straw fell on a Friday afternoon before a three-day weekend, and the camel’s back broke. I honestly cannot remember what specifically was said, but I stopped the lesson, turned off the lights, sat at my desk facing the wall and wept without control for the remaining twenty minutes of the day. There were a few murmurs and some muttering, but for the most part, I think the students thought they had won. I thought they had won. I couldn’t teach them anymore. They had beat me and I wasn’t going to come back.

The bell rang for dismissal and they left for the weekend. One student, Dante, came up to me and said, “I’m sorry, Ms. B. It’s nothing personal, we just don’t like you.”

I spent the rest of that day and all day Saturday wondering what had gone wrong. How had this happened? I didn’t hate my profession; I loved it. I didn’t hate children, in fact I generally liked them.

And then it hit me. Compassion. As I reflected, I realized that from Day One I had been looking at these children through a telescope of scorn and resentment. I was so upset at having to relocate my classroom that when they rejected me, I responded with equal contempt. What I needed to do was regard them as unique human beings.

I spent that Sunday afternoon and all day Monday composing letters to each individual student. In the letters I told the students what I admired in them. To my surprise I was able to identify something positive about them all. Theresa was a born leader — charismatic, intelligent, and passionate about what she believed. Jeremy was a skilled athlete, who I am sure I will some day see in the X-Games. Hannah could write like the dickens, and Antoine was a gifted mathematician.

I spent hours writing these letters. In each letter I included not only praise for them, but also an apology and acknowledgment that I had not done my job with integrity. Additionally, I told them that respect was a two-way street and we were going to have to tackle this together. It was cathartic and as I wrote, the kids in my class began to assume new identities in my mind. As my perception of them changed, I found that I no longer resented them. I reminded myself that they were children and that in order to learn best, children must feel safe, cared for, and respected.

When my class returned the following week, there was silence for the second time that year as each student read the letter I had composed for him or her. In my newfound optimism, I had imagined that there might be a few tense minutes followed by an “after-school special moment,” when we would go from bitter enemies to lifelong learning partners — the class crowding around me, all of us crying together in joy.

This, of course, did not come to pass. I found several letters in the recycle bin later that day. We did not finish the year as I had hoped; I think too much damage had been done early on. However, there was a momentous shift. As soon as I decided to view the kids through a different lens, I found I could get up each day and go to work confident that I was not going to resort to sarcasm and humiliation as a means to redirect negative behavior. I was able to continue teaching interrupted lessons with gentle reminders and private reprimands when necessary. I treated each child with a respect I had not shown them earlier in the year.

Unfortunately, I was too late. Most of my students had already (and for the most part accurately) pigeonholed me as a “witch” and they were not going to change their minds. But for me it was different.

At last, I began to find some joy in the work because I focused on the positive things that happened each day – and there was something positive every day, no matter how many negatives came with it. In May of that year, a new book came out that Theresa had been waiting to be published. I bought it for our classroom library and let her read it first. She actually thanked me.

When the last day of school rolled around, all the staff gathered together outside the building to say our goodbyes until the next year. We 6th grade teachers were bidding adieu to many of our students for the last time. I felt satisfied that I had done the very best job I could since I had written the letters in January. Nonetheless, as the buses pulled away for the final departure, Theresa leaned out the open window and yelled, “I hate you Ms. Baydo-Reed!”

It was not an easy thing to hear. I had worked especially hard to be supportive of her and to find a way to draw out her talents. I dug deep down and understood, with compassion, that this was the closure she needed.

Recalling that year still stings, but I learned an invaluable lesson: from the very first day we interact with the students in our classes, no matter what the circumstances, we are obligated to view them with compassion, both for their own good and for ours. 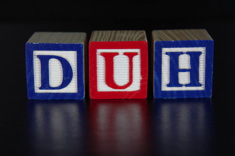 Sarcasm Is a Useful Teaching Tool — NOT

How does sarcasm hurt students? Heather Rader counts the ways. 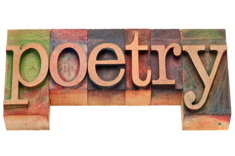 Katie Baydo-Reed finds the web has great resources for her middle school students when it comes to sparking more interest in poetry. 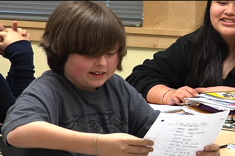 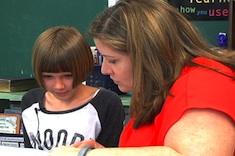 A Poem About Lost Friendship: Conferring with Estelle

Estelle shares a poem she has written about lost friendship with her teacher, Katherine Sokolowski. She captures the fickle nature of fifth-grade relationships among girls. Katherine connects the cadence of the writing to the style of The Crossover, and helps Estelle find possibilities for more writing. 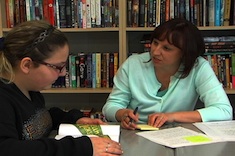 Christy Rush-Levine confers with eighth grader Tori about her reading response to Why We Broke Up. She encourages Tori to make connections between the characters in her current book and her previous reading by paying close attention to surprising action. 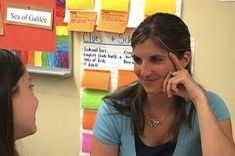 This reading conference from Katie Doherty’s middle school classroom builds on the whole-class lesson, and demonstrates the value of partner reading for older students.