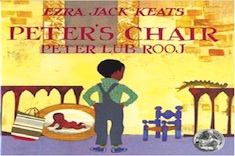 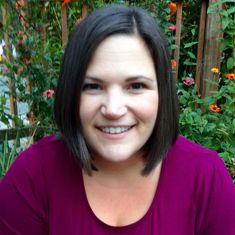 We were gathered together on our rug, ready to dive into thinking and feeling along with the characters in a book. Having looked for a text that would be relatable for my blended class of kindergarten and first graders, I introduced Peter’s Chair. As her eyes flashed on the cover, Kayla exclaimed, “Finally, a black boy!” She was enraptured; her eyes searched each picture, and her hand bolted up to share her thinking. When we finished, she snatched it up to read it again and again.

The moment startled me. Up to that point I had considered myself fairly culturally competent, and thought I had included diverse books in my instruction. Kayla’s words echoed as I started questioning, What have I been offering to my students?  Was that really the first black central character in a read-aloud this year? Other than Karen Beaumont’s I Like Myself and a few biographies on Martin Luther King Jr., President Obama, and Nelson Mandela, I was afraid so. I felt waves of guilt and continued to wonder, Do the books I have in my classroom reflect the diversity of my students? Do they open my students to the diversity of the world? Do they offer students insight into authentic struggles in our world? Am I selecting mentor texts to include cultural diversity across each unit? I was humbled as I thought honestly about these questions.

I chose mentor texts to highlight a strategy or deepen an idea, and often was drawn to the books I read with my own children, recommendations from teachers I admired, and other stories I found and loved. When I tried to look at my collection through Kayla’s eyes, it was shockingly white. I started an analysis of my library, looking to see where my students could find themselves reflected in the pages of books. The more I looked, the more aware I became of the bias I brought to my own book selection. Something had to be done.

I began searching for books that could better serve my students. We read Families in small groups and began an ongoing conversation acknowledging the diversity of our family structures, cultures, and heritage in our classroom community. We read Shades of People and observed the differences in the shades of our skin color and discovered that we can’t assume skin color reveals a person’s heritage. Sometimes children voiced unexpected or unkind observations, assumptions, and comparisons, which provided opportunities to respond and clarify the expectations around how we would respectfully speak and think about race and culture.

We read Grandfather Gandhi and thought about self-control and choosing peace over anger. We read Sit-In: How Four Friends Stood Up by Sitting Down to understand activism and the power of working together to create change. We read Emmanuel’s Dream and discussed perseverance, and the strength we each have to persist through difficulty and struggle.  These books provided more than an opportunity to practice a strategy—they contributed to ongoing conversations on fairness, inclusion, collaboration, and respecting differences. Students were drawn to faces and stories that resembled their own and experiences that transported them to new continents.

As I read and talked with children about their thinking inside of books, I realized it wasn’t only Kayla I needed to worry about. The majority of students in our community come from white, suburban homes and often have limited experience with or understanding of different cultures.

As I brought greater cultural diversity to my text selection, I had to be ready to respond to what could come up in our discussions and protect students from microaggressions. At times students made assumptions about characters of color or uninformed generalizations about skin color and heritage that were unintentionally offensive. Most of my students had no idea Africa was a continent made of many separate countries, each with a history and multiple cultures of their own; they needed to be informed when making unsupported connections and inferences. I needed to teach with texts that represented the cultural expansiveness of our world and model how to ask questions to seek understanding. I needed to inspire interest and awe in the world beyond the suburban neighborhoods my students played in. As I considered texts, I began to wonder, For whom is this text a mirror, reflecting their identity and experience? For whom is this text a window into the world and experiences of others? Is this an accurate and authentic portrayal of a significant issue that is meaningful to my students?

I thought about the books I read aloud every year and reconsidered them. Although Beezus and Ramona was a favorite read-aloud, many students had already encountered Beverly Cleary’s books with their families. Instead, I opted to read aloud Anna Hibiscus, transporting my class to “amazing Africa” (as Anna describes her home when opening each chapter).   Atinuke does not specify a city or country in her series, but the modern urban middle class setting and both familiar and unfamiliar struggles Anna experiences living with her large extended family and watching her twin brothers (Double and Trouble) were instantly relatable for my students. We had to read with Google Earth open so we could search cities such as Accra, Ghana, or Lagos, Nigeria, for mangroves and imagine what it might be like to live in the amazing cities and countries in Africa.

I began approaching our read-alouds from a social justice lens to inspire greater reflection and discussion among students.  We learned about the 1908 Shirtwaist Makers’ Strike and the oppressive working conditions in factories during the Industrial Revolution in Brave Girl. We discussed Jim Crow laws in the southern United States in Ron’s Big Mission, and discovered that although American citizens of color legally had the right to vote, they were often denied access as in Belle, The Last Mule at Gee’s Bend. We discussed the different gender expectations in Ruby’s Wish, Drum Dream Girl, and Morris Micklewhite and the Tangerine Dress, and thought about how we can become more inclusive. We were inspired by the actions of people who found solutions for challenging environmental problems in One Plastic Bag and Wangari’s Trees of Peace. My students’ parents began to comment that their children were asking about segregation and integration, working together to make things more fair, peaceful protest, and transformative leaders such as Gandhi. Through these literary windows, our students are learning about our shared history and seeing themselves as agents of change.

Thanks to Kayla’s enthusiastic observation the day I held up Peter’s Chair, more of my students can see themselves reflected in the stories we share. I keep seeking and finding more picture books that tell the story of individuals who, when faced with injustice, have taken action to promote peace and build agency and empowerment. You can click here to download my booklist. These books create powerful models to build the character traits of, and our community’s shared values in, perseverance, curiosity, optimism, kindness, empathy, and a growth mind-set.

I wonder if my thinking is enough, and suspect it is not—I need to let our questions percolate, and continue to seek greater understanding from colleagues and the community. I continue to look for texts that authentically capture important ideas, include underrepresented cultural groups, and simultaneously support the strategies and content my students need to understand. I keep working to expand my own understanding of cultural responsiveness so that the children in my care have access to experiences of the world.

Katrina Edwards is a first-grade teacher and literacy coach in West Linn, Oregon. 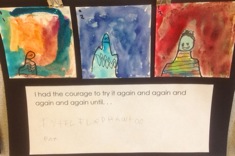 Katrina Edwards moves her first graders from writing "bed-to-bed" stories early in the year with a mentor text and writing activity that promotes self-discipline and a growth mindset. 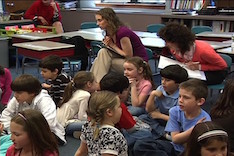 Katrina Edwards looked around her first-grade reading workshop one day in winter and it wasn’t a pretty picture. Many students were doing anything but reading. She develops a plan to approach the issue of time on task thoughtfully. 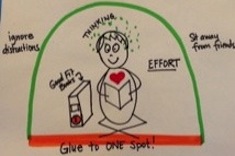 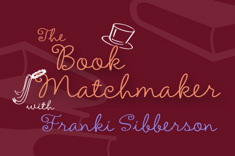 Finding high interest books for English language learners in the upper elementary grades can be a challenge. Franki Sibberson shares some of her favorites. 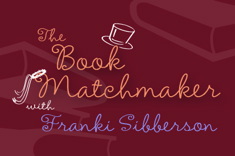 Here are some newer books for teaching students about social responsibility and what it means to be a citizen of the world.

In this conference from Beth Lawson’s third-grade classroom, the focus is on the skill of determining importance in texts. Beth helps Sephina integrate sticky notes into her strategic reading of the book The Blues Singers.