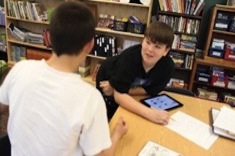 During a Skype visit last spring, author Gae Polisner asked my class how many of them loved reading. Hands shot to the sky; all of my 24 students raised their hands. When she then asked, “How many of you love writing?” their faces turned to me. Gae laughed, “She’s not going to hurt you be honest.” Maybe half of the hands went up. The hands that did go up were all the girls in my class, along with one boy. My heart sank. When Gae asked why the boys didn’t raise their hands, my student Josh quickly looked at me and said, “Can I say it?”

With apprehension, I encouraged him to speak. He replied, “Because our writing sucks.”

I felt unbearably sad that they still felt this way, months into the school year. Yet I knew why they felt that way — they couldn’t hear themselves in their writing. They worked so hard to write how they felt they should write, instead of how they wanted to write. I needed to help them find their voices as writers.

As I wrestled with the emotions swirling in my head, Gae reassured them that the majority of writers felt the same about their writing, that in fact she calls her first writing drafts her “vomit drafts.” She just has to get it all out. My boys cackled with laughter. Whether she knew it or not, Gae had just tapped into one of their favorite topics — gross humor.

Years ago when I was concerned about my own boys entering school, I read Ralph Fletcher’s amazing book, Boy Writers: Reclaiming Their Voices. Fletcher explains some areas we need to pay special attention to when working with our boys — heck, even with some of our girls. While the book covers many topics, Fletcher points out the importance of choice, content, and format. Revisiting this important book, I focused on those issues for the remainder of the year to see if I couldn’t still cause some change of hearts about writing.

While I do run a workshop in writing class, we still occasionally complete units. There are certain genres of writing that I must have each student study every year. Knowing that, but also knowing how important choice is in independent reading, I worked to include some free choice writing units towards the end of the year. I immediately noticed increased engagement when the students had the option to pick their own topics. Kids were begging for writing class to begin.  As a result, I plan to alternate genre writing units with free choice all year long.

As part of the choice unit, I also opened up the workshop to let the students work in partnerships. I had several boys that chose to write together on Google Drive. This is new to our school and was just introduced in the second half of the year. The kids quickly became experts on using Google Drive to share writing. The boys in the partnerships liked that they could continue the story at home and add photos to their document. Their stories often followed the format of fan fiction. They would take characters from their favorite video games and write new storylines for them. While this is not a writing style I would have ever chosen for them, they were engaged and highly motivated to work on writing — often adding a page or so overnight so I had something new to read the next day.

One thing I have found to be true for many boy writers is that their content can be a bit dicey. The line between what is appropriate for school and what isn’t is one that needs to be established early. Boys in fourth and fifth love a good fart joke in their writing. Anything involving video games will immediately escalate the violence factor in their writing.

I have no issue with gross humor as long as it has a purpose. Gross writing just to be gross can get old. Using mentor texts like Captain Underpants or select chapters from Knucklehead, I would show how some gross-out scenes advanced the story. My student Josh wanted to do his own take on a story similar to Walter the Farting Dog. We looked over drafts and decided when it was appropriate for the gross humor to be used. When I met with Josh for writing conferences, we would discuss the humor and where it wasn’t working. With some gentle guidance, Josh quickly came to realization that “less is more” in the land of gross humor. Too much and the joke falls flat.

Standards for violence in writing can also be tricky. I draw the line at gratuitous violence and violence against any real people. When writing about wars or informational texts about video games, violence does play a part. Usually when I’m conferring with students about a text, they will ask me if I feel something they’ve written has crossed the line. Typically if they have to ask, it has. We usually find a way to reword the draft so there can be the same mood or feeling they were attempting to create without the over the top violence. Here again I use mentor texts to show how published authors handle the issue of violence. Hunger Games

is an extremely violent book. But there is a purpose to the violence, and Collins was obviously trying to make a statement with the violence she included. Students can learn to consider the purpose of the violence in their story and the message it sends.

Fletcher looked at handwriting when examining boys’ writing. For many reasons (including lack of fine motor skills or patience),  boys tend to be the ones that struggle with handwriting in my class. I thought about handwriting for quite awhile after reading his book — should “neat” handwriting be that important? Isn’t content king?

I’m still a proponent of legible handwriting, and I do believe it needs to be taught. I have had several students who struggle with letter formation when they reach fifth grade. Adam and Aiden were two last year that fell into this category. When I said it was writing workshop time, they groaned. If I mentioned I would be conferring with them and I needed to see what they were writing, they would slap something onto the page. If I sat by them and asked them to do their best, they would try and then complain their hands hurt after just a sentence or two. Cursive, print, it didn’t matter. So we tried Google Drive — magic. Just allowing them to type their writing did wonders. Drafts were longer, and they could actually read them when editing. A new world opened up for these two boys.

The other area that needs to be considered is illustration. Almost every boy in my class would be happy to write if he could draw pictures to go with his story. When I did a graphic novel unit, the boys cheered. I automatically get more buy-in for writing when I say that illustrations can be included.

After that Skype visit with Gae, I worked hard to reach the boys in writing for the remainder of the year. More choice units automatically increased engagement. Open choice naturally led to more content they wanted to write about in the formats they enjoyed. Even when I had to pull them away from free choice to do a genre unit, there were writing partnerships that continued. On the final annual evaluations, I had many boys write that they felt they grew the most in writing. When asked what subjects they didn’t enjoy this year, writing was listed only on one survey.

I am keeping the memory of last year’s class close to my heart this year. I want to ensure success for all of my students — regardless of gender. I want to ensure that no one thinks his or her writing “sucks.”  I want each of them to understand the powerful ways writing gives them a voice. 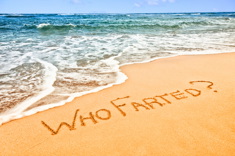 To Fart or Not to Fart? Reflections on Boy Writers

"To Fart or Not to Fart?" was the question at the first meeting of Jennifer Allen's boys' literacy study group for teachers, and what followed was a rollicking discussion of writing, taste, and books that hook boys. 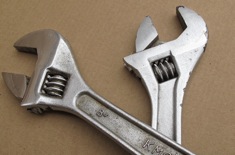 Tony Keefer considers some of those awkward early conferences with male readers in his classroom, and shares advice on how to get the year off to a comfortable start with minilesson and conferring suggestions. 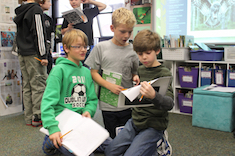 Recess of the Mind 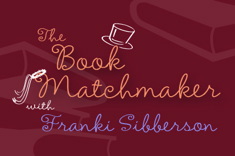 Those “outdoorsy” boys who love to fish and four-wheel all summer long can be a challenge to hook with books when they return to classrooms in the fall.Â  This Book Matchmaker feature presents a video preview of new titles to entice these intermediate readers, as well as a print supplement of additional suggestions. 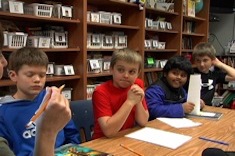 Franki Sibberson gives a group of boys a “lift a line” assignment to build their close reading skills. 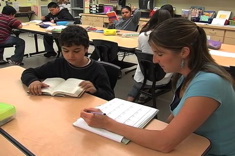