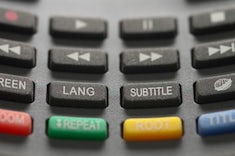 The Power of Video Replay 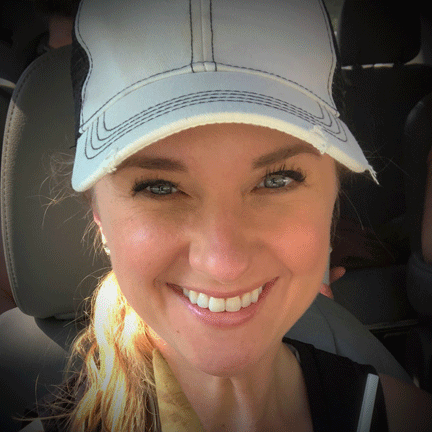 The team huddles around as the coach calls attention to the iPad in his hands. Players watch intently as the clip of the winning goal is played . . . over and over and over again. “Now, this time I want you to watch for . . .” the coach says. Each time, the coach gives the players something to watch for, a purpose for viewing the clip. After each view, the team engages in thoughtful reflection: What went right during the play? What could they do differently next time?

If one were to sit back and observe this practice frequently used in the sporting world, they would discover a powerful portrait of moving learning forward: coaches guiding players to analyze their performance, replaying an identified play multiple times to notice and name what is happening and to efficiently provide feedback. Our classrooms are that playing field, and the students are those players. With the emergence of educational apps such as Seesaw and Flipgrid, the use of video within our classrooms has become hugely popular. Students are sharing their ideas surrounding a theme, engaging in conversations about characters, and giving book reviews . . . all after pressing Record.

Video responses and reflections have started popping up more and more in classrooms. Upon entering classrooms, I started to notice students in the corners, energetically sharing their opinions and ideas into a screen. Students even lined the hallways to steal a quiet moment to respond. As I took this energy in, I could not help but think, What next? What happens after the student hits Share or Done? Where does the video go from here? Lost in the cloud, never to be seen again? The vision of the sports team huddling around the iPad with their coach appeared in my mind. We needed to use these videos to move learning forward, for both the students and the teachers. We needed video replay.

Whether replaying the video once, twice, or many times, the practice of video replay turned our routine of hit Record, stop Record, share into a thoughtful follow-up of reviewing performances to emphasize certain points. Through the use of video replay, students are becoming more aware of themselves as speakers, listeners, learners.

Here is how video replay helped a team of fourth-grade students improve their book clubs.

After capturing video of one of their book club conversations, one group of students gathered around the iPad and began noticing strengths they were exhibiting in their talking about the text. The teacher stopped along the way, as one by one students pointed things out. These students, and others in this class, had been given the opportunity to see and hear what it looks and sounds like, all with the guidance of their teacher. Instead of trying to recall abstractly what was done or how something was said, the students had a more concrete example to work from.

Notice how the club is staying on topic or Listen for when the speaker changes are prompts the teacher gave as a way of guiding students toward noticing what the club was doing. The same video was replayed at a previously identified part, and the teacher nudged students to watch through the lens of what they noticed and to wonder what they could do more of or differently next time.

This is an example of how one student used video replay to notice and wonder: 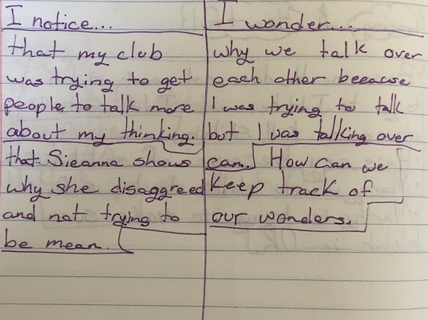 The ability to notice and wonder through video replay strengthened the students’ reflecting skills. Before video replay, when asked, “How did your club conversation go?,” students responded simply, “Good.” Now the students are identifying specific strengths of the group and thinking about what’s working well. They engage in discussions celebrating those strengths, which include the use of their resources when discussing a character or theme, how all voices in the group are being heard, and how they are coming prepared for the discussion.

Video replay has also given the students a space for identifying what isn’t working quite yet within their book club. Instead of racking their brains to remember what happened and honestly share a trouble spot, the proof is in the video. It’s visual and it’s auditory. While reflecting during one video replay, a student remarked, “I notice we are talking over each other. We need to work on giving each other time to speak.” Soon after that comment, with the video back in play, the student said, “There it is . . . We did it again!” Honest reflections by students help move their learning forward.

This is an example of how one book club used video replay to reflect, based on what they noticed and wondered: 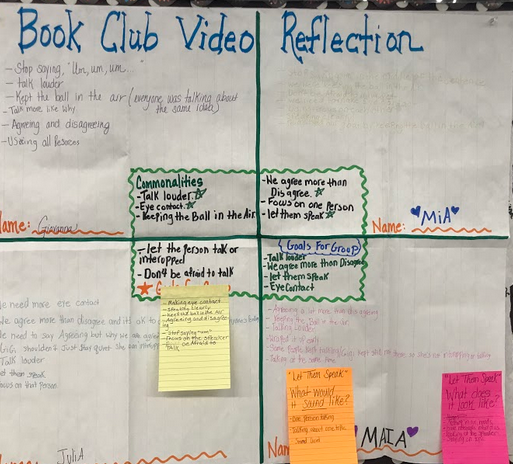 This boost in reflection skills and opportunities for reflection gave students a natural transition into goal setting. While the teacher was coaching into possible goals through the noticing and naming, the students could see and hear, with the presence of the video, what they needed to work on as a group and as individuals within the group. Through the use of video replay over weeks of capturing parts of their club conversations on video, students identified what they needed to work on, using a given progression from the curriculum. “I think we should work on . . .” the students could be heard saying. From those identified goals, the students could track their growth from session to session, using small snippets of video captured over time. They could watch the video using an identified lens: Notice how . . . What can we continue doing? What can we try differently next time?

This is an example of goals identified by a group through video replay: 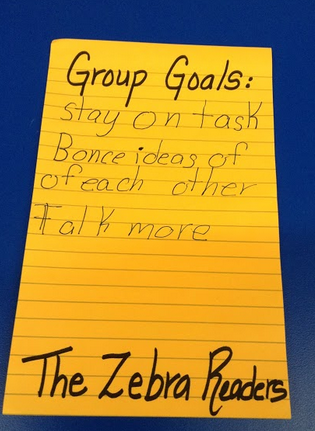 The students huddle around as the teacher calls attention to the iPad in hand. And just like players on the sports team, they begin moving their learning forward. Noticing, wondering, reflecting, and goal setting all becoming growing practices for students. These videos of learning in action are not lost in the cloud. They are put on replay!

Heather Fisher is a K-4 instructional coach in Massachusetts. She also has experience as a first-grade teacher, second-grade teacher, reading specialist, and literacy coach. In her everyday coaching practice, she seeks to radiate positivity in her mission to celebrate the small things as students and teachers continue in their daily growth. 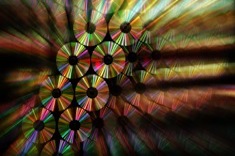 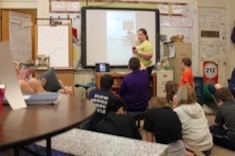 Katherine Sokolowski gives advice on how to add video to your literacy minilessons. 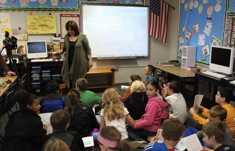 Video for Last Days of School

Melanie Meehan encourages teachers to build a video collection of students at work to use with next year’s class.