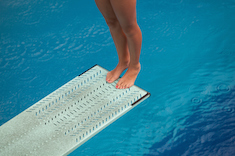 Get in the Pool: Teachers Who Write

I liked to write on the front porch on a swing my grandpa built. I put a towel across the seat and propped a pillow by the armrest. I stretched out my bony legs and wrote the whole afternoon. My glass of red Kool-Aid left a ring of condensation on the concrete porch, and bees buzzed from petunia to petunia.

My brother named his rabbit Bev after Beverly Cleary because she was one of our favorite authors. I said, “Someday people will name rabbits after me, too.”

“Probably,” Jeff said. He was good at letting dreams soar.

I became an English teacher and quit writing. Oh, I would write the assignments, but that wasn’t real writing. All you needed to do was read a few examples on file at the library and then spit back what the professors said in lectures. I always got an A and graduated with a transcript list of English courses followed by an A. I landed a job as a seventh-grade language arts teacher.

After six weeks, I had a lot of students who didn’t write either. This correlated with a lot of students who had very low midterm grades. I couldn’t figure out why they weren’t writing. The assignments were interesting and full of choice. Who wouldn’t want to write about the world from the perspective of an ant or an eagle? Why didn’t they want to write personal narratives about a time when they learned something? What was so terrible about debating school uniforms?

As the number of students who refused to write was on the rise, I became desperate. I began looking for things (worksheets) to keep them busy (quiet). My mentor, Tam Hess, invited me to go to a study group to learn about teaching writing. I hope I didn’t roll my eyes when she asked me.

“I don’t think it will help. All of my students hate writing. Hardly any of them will try. Most just take zeroes.” I blinked back frustration.

“I know,” Tam said, “but they give us snacks and a free book. We’ll have to leave school a little early, but I already cleared it with the principal. I’ll drive.”

I shook my head.

“Let’s just check it out,” Tam said. “You can sit in an hour meeting for snacks and a free book.”

Reluctantly, I found myself sitting in a study group with teachers who were gushing about how much they loved teaching students to write and how much their students loved writing. I thought they were liars.

Near the end of the meeting, we were to do something called a quick-write. I had brought my notebook, just like they'd asked me to do. It was brand new, one I'd picked up before school started. It was when I still believed I could be a good teacher. The quote on the front by Shunryu Suzuki said, “The world is its own magic.” I ran my palm over the cover of the notebook. It was too pretty for me to mess up with a quick-write. I flipped over the meeting agenda and used the back side for my quick-write.

One of the teachers who gushed about how much her class loved to teach writers said, “The rules of a quick-write are simple. Keep your pen moving the entire time. Whatever comes to mind, write down. No thinking. Just writing.”

She set the timer and I poised my pen over the paper. I didn’t want to write what was going through my head. I wasted tons of time and money for a college degree that would be useless because I was a failure as a teacher. Instead of helping kids become stronger readers and writers, I was poaching readers and writers.

I watched the timer. I doodled in the margin. I stared out the window. And I remembered: I used to write.

The memory invaded, and I felt like my beliefs about teaching were breeched. Maybe if I was going to fail as a teacher, I could become a writer. If I were going to become a writer, I needed to write.

I began putting words on the page. No thinking. Just writing. Little did I know I had stumbled across the one thing that would save me as a language arts teacher. I became a teacher-writer.

The next day I shared my quick-write with students and invited them to write a quick-write in their notebooks. “Do we have to write about ants?” Ashley asked.

“I think you should write about an ant’s perspective on the world,” mumbled Tyler. He didn’t know I heard him.

I set the timer, and we all wrote in our notebooks. I wrote about an ant’s perspective on the world and understood why my students were croaking as writers. I looked around. Everyone was writing.

All I did was share my writing before asking them to write, and it was as if I'd waved a magic wand. The moment I became a teacher-writer was the moment I quit failing as a language arts teacher. It wasn’t difficult. I simply did what I asked my students to do. Then I shared it with them. 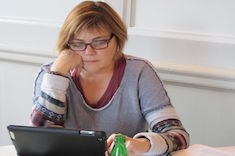 Melanie Meehan explains why your own writing, however imperfect it is, might enhance your teaching tremendously. 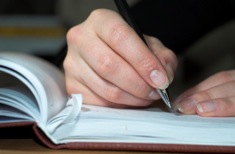 
Ruth Ayres answers the question of why writing matters for busy teachers who struggle to find time for their own writing notebooks. 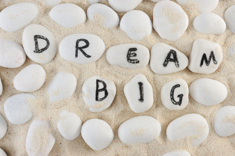 On Perfection and Goals

Ruth Ayres explains how she sets realistic goals for her own learning during the year.