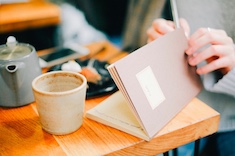 Doing the Writing in a Unit 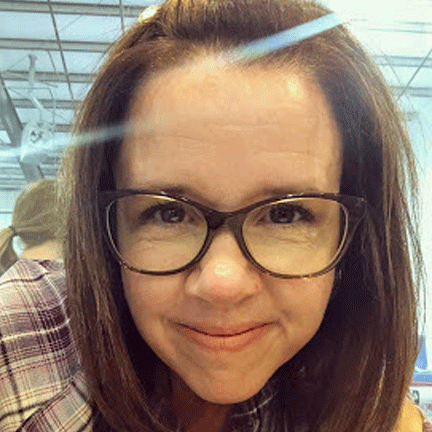 It may seem simple to you, but every time I look at that shelf, I am filled with pride. The shelf hangs—perfectly straight at eye level in my bedroom. On it rests a brown leather box with a metal clasp, a mirror, and a turquoise blue owl that was a gift from someone I love.

So reads the half-finished entry in my writer’s notebook. It’s scrawled in pencil with cross-outs and carets scattered throughout. It’s a draft. Written across the top of the page is a learning target: “Writers jot turning-point moments.” Turning-point moments might be the first times, last times, or times when you realized something important. You see, this story about a shelf is really a story about feeling empowered and capable after a turning point in my life. It’s a story about a first time.

This entry—and many others that I had written on the pages that followed—were part of my summer curriculum planning. I wasn’t on a curriculum committee or part of a team. I wasn’t even at work. Rather, I wrote these entries sitting at my kitchen table in the quiet morning hours before my daughters woke up, sipping coffee and writing, writing, writing.

My district has a writing curriculum, and it’s a good one. We use the Units of Study written by Lucy Calkins and colleagues and published by Heinemann. It’s all there for you in a compact cardboard box—every unit, every lesson—complete with samples of student work and mentor texts. It is ready to be taught, no writing required. So why was I doing this work?

This particular fifth-grade unit is on narrative craft. I glanced at the lessons for the unit and saw the basic gist of how the unit would go. Students would generate ideas, choose a seed idea to develop, and learn some craft moves to enhance their writing. But I was filled with questions. How many ideas would they need? What kinds of ideas worked best for this unit? Serious ideas? Would humorous stories work? How many drafts would they write? What would it look like to try a craft move? I figured rather than sit around wondering, I would jump in and do the work.

I worked my way through the first and second bend of the unit. (In this curriculum, a bend is a series of lessons. A unit is made up of two to four bends.) I wrote about that shelf and my childhood bedroom and taking my girls to the beach and a birthday party that broke my heart. After an hour or two, I had done the work of several lessons and had a writer’s notebook full of entries to prove it. I had jotted the learning target of the lesson at the top of each page and written as if I were the student.

Doing the work of the unit was a reality check for me. I wouldn’t be going into this unit blind. I knew exactly what kind of work output I could expect from my upcoming class. For example, I knew that during the first part of the unit, students would generate ideas. That part was explained in the scope of the unit. What I didn’t know was how many. After working my way through three lessons, I had generated 17 solid story ideas! I took only three of them to a draft, but still . . . 17 ideas. This was good to know. Now I could say to my future students, “By the end of this week, you will have many, many story ideas. Some of you may have upward of 20 ideas. All of you will likely have at least 10.” Doing the work of the unit really grounded me in the reality of the unit.

As I sat at my kitchen table, sipping coffee and writing, I was also developing what I like to call writing empathy. I was doing the work of my students, and I didn’t always like it. That story I drafted about hanging the shelf? Well, in the second bend of the unit, I had to revise it. And by revise, I mean rewrite it. Completely. The lesson calls for a complete rewriting of your seed idea, this time from a different angle. I almost called it quits that day, because who wants to rewrite a story?

I didn’t call it quits, though. I kept writing, and you know what? My second draft had more heart and more meaning than my first one. It was better. And when that lesson rolls around this fall, I’ll be ready. I’ll be armed with empathy and a mentor text to boot. I can imagine saying to my students, “I know you don’t want to rewrite your story. I know. I didn’t either. But I’m asking you all to trust the process. Your new draft will be better. It will be worth it.”

Another benefit to doing the work of the unit is a collection of ready-made teacher-written mentor texts. The work is all there, in my notebook. When I need an example of a good lead or the use of detail or precise word choice, I don’t need to go hunting through the shelves of my library or do a Google search. All I have to do is reread my own writing. And who better to teach my students about the use of detail than me?

A Rich Resource for Conferring

As I already mentioned, at the top of each page I wrote the learning target from the lesson. For example, one page reads, “Writers climb inside the story—putting it on the page so readers can experience it” and underneath that is an entry that begins, “The red plastic wagon is loaded with our necessities. There is a bucket full of sand toys—molds, pails, shovels, sifters. The beach bag sits up front, overflowing with gear. We have towels, sunglasses, sunscreen, water bottles.” I can imagine pulling up next to a writer who is telling a story devoid of any detail or imagery, opening my writer’s notebook to that page, and saying, “Look here. See how I described the items we carried to bring the reader into my story?”

Those learning targets that I hastily scribbled on top of my notebook entries now serve as teaching points for students who need them. That entry is not just a story about walking to the beach; it’s also an example of how writers climb inside a story. My writer’s notebook suddenly became a rich resource for conferring.

Whether your district uses a well-known published writing curriculum like mine does or its own homegrown writing curriculum written by teachers, I would highly recommend taking the time to do the work of the unit. You will come out a more prepared, more empathetic writing teacher.

Pour yourself a cup of coffee, sharpen a pencil, and get to writing. It’s worth it.

Dana Murphy has been an educator for over two decades in Illinois. She has served as an elementary teacher and instructional coach. Dana wrote for the Two Writing Teachers blog for several years, and is now teaching elementary school in the suburbs of Chicago. Follow Dana on Twitter @DanaMurphy__. 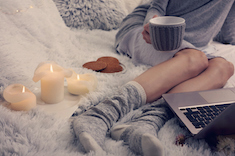 And This Makes Me Think 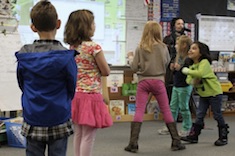 Early January is a great time for relationship resets in classroom communities. Dana Murphy finds community building activities may be more helpful than just a review of classroom rules and norms. 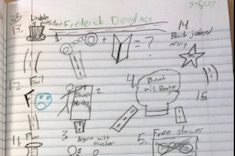 Sketchnoting as a Response to Reading

Dana Murphy tries sketchnoting during professional development, and soon finds herself sharing the fun technique with students. They hone their skills during read alouds and while annotating texts.