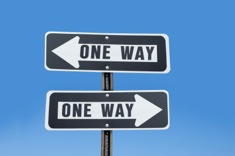 Many teachers have asked me for lists of arguable topics that appeal to kids. While I have some personal favorites, I offer this scaffolding to plan so they develop something personally relevant. One teacher, Travis, spent a single lunchtime listening to his sixth graders to collect topics. In addition to finding out that Grant liked Kim, he discovered they didn’t like the new “noise-level indicator cones” in the lunchroom. Many were grouchy about the fact that it was a requirement to take vegetables in the lunch line even if it was a veggie they hated. Several of them were engaged in a disagreement about whether Taylor Swift’s video “We Are Never Getting Back Together” was filmed in one take. “Was too!” “Was not.”

He said, “In 30 minutes I had a topic for each circle. The local issue apparently was the new noise management change for our positive behavioral support program. I didn’t even realize they had opinions about that. A bigger state issue is the healthy lunch challenge. And while it might not be my brand of national news, they seemed to be really in the know about these one-take videos. I’d never heard of the band OK Go — this band does a whole video on treadmills. I knew about one-take commercials like the Old Spice one but this topic really engaged several of my students.”

Because Travis wanted the students to begin incorporating evidence from texts and other resources, he asked them to bring in articles around school lunch controversies for homework. One of the students shared that some students had boycotted Michelle Obama’s school lunch program in other states. Another student had something from the Seattle Times that talked about how much it is costing Washington State to make changes. It didn’t take long for the talk to start.

“But that’s not fair because Michelle Obama is just trying to help kids be healthier.  I saw her talking about it on TV.”

“Sure, but if kids are throwing away food because they have to take it that doesn’t make them healthier.”

I told Travis he’d definitely found some touchy topics to get his writers writing. He chose to begin with the school lunch controversy as a shared project. Students then continued independently with that issue or addressed whether one-take videos were superior to multi-take videos.

Across the district in fifth grade, Caroline said she was finding plenty of touchy topics, but her students’ opinion writing was lacking. She felt like she’d asked them to take on too much too soon. I assured Caroline that there was an easy remedy — we’d just (in the words of Debbie Miller) “catch them back.”

They had read the book No Animals, No Plants: Species at Risk

from the Scholastic Shockwave series and they’d gotten into a debate about whether zoos were a good idea or not.  Caroline and I used several resources to provide a balanced list of pro-con reasons. Free from the task of finding and notetaking for the textual evidence (we’d take that on next), they were able to show us their elaboration skills.

One student reflected after writing, “Because I already knew that the reasons were okay, I could focus on the writing part and make it sound smooth.”

Travis reminded me that part of our work as writing teachers is sitting down and listening to pertinent topics. Sure, we could assign topics like school uniforms and school vending machines, but there are new topics available all the time if we listen for them. Travis explained, “I never knew I was going to get such an education on one-take filming. Several of my sixth graders are really into YouTube, and they did research on the techniques to make their point that one-take is the ultimate artistic challenge. In the end my goal is to have each student choose a personal topic, but the shared work along the way brought our community of writers together.”

Caroline’s students showed us that when we are explicit about what we are looking for with quality writing, they would rise to the occasion. Building on their success with their zoo opinion essays, we then began to tackle the issue of how to find textual supports for evidence when we aren’t providing them to students. Caroline said it reminded her of cooking shows where the sous chefs take responsibility for certain tasks so the chefs could create. “We just were the students’ sous chefs this time around.”