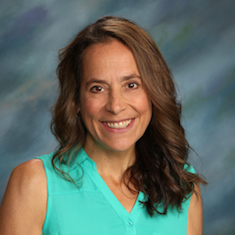 Jackson’s parents came into my office one day in early November, right on time, and settled into the chairs across from me.  From a previous phone call, I knew they were worried about their son’s progress in reading, but I could see from their expressions their concerns went beyond just worried — they were overwrought and even angry.

Their son, a third grader, had been struggling with reading all year.  Although he had previously been on track, he seemed unable to keep up with the demands of the third grade curriculum.  His classroom assessment scores were slipping.  His fall statewide test results had just arrived, and his score fell in the “Limited” range.   What was worse, the little boy knew it; he’d started calling himself dumb and cried when books were too hard for him.

Unfortunately, the regular teacher was out on her last four weeks of maternity leave.  The substitute we had secured seemed at a loss as to how to help struggling learners.  I had met with her several times in the beginning to see how things were going, and she had reassured me everything was fine and the students were all doing well.   Now I had a sinking feeling I had been wrong to accept her reassurances at face value.

The young mother began. “I am truly upset how things have been going for Jackson. His grades keep going down in reading.  His state assessment scores were dismal. I met with the substitute but she seemed to have no idea why I was worried; she said he’s doing great and she’s not worried about anything. I feel like no one is listening to us.”  Her voice started to quiver and she reached for a tissue.

Her husband interjected. “Listen,” he said, as he put his hand on his wife’s leg to calm her.  “We don’t want to get anyone in trouble.  But this just isn’t acceptable.  Our son used to love to read, and he hates it now. His grades are bad and getting worse. We need to know how you are going to help us.”

Jackson’s mother nodded. “We know the regular teacher can’t help being pregnant. But we believe the substitute has done some damage to our son’s education.”

Sadly, over the course of my career as an administrator, I have had these difficult conversations too many times.  Not necessarily when a regular teachers is gone, but when any child seems to be regressing.  These meetings are emotional and difficult to navigate.  Over time, I have learned several things:

When they had finished telling me how worried they were about Jackson, I began. “First, let me thank you for coming in. I know this must be very difficult for you, and I know how much you love your son. I feel very strongly that it is my job to help us find a solution to this problem. It is never okay for a student to feel 'dumb' or to begin to hate reading.  If that happens, we have failed.”

Immediately, they seemed calmer and the tension in the room lessened. “Thank you,” Jackson’s father said.

Next, I outlined a plan:

The parents, now relaxed and smiling, eagerly took in these ideas and suggestions. However, their next question was a good one. “But what if it doesn’t work?”

I reassured them if Jackson was still at the "limited" level when the spring state test results came back and his DRA scores did not improve, we would enter Jackson into our Student Success Team process. We’d write specific goals and track data closely to determine what areas of instruction would need to be targeted. If he continued to struggle, I explained we could do further testing to determine if there was something else going on, such as a working memory or processing issue.  “And if that’s the case, we’ll teach him strategies to overcome those problems.”

I finished up with an apology — one I genuinely owed them.  “I am truly sorry for my role in this.  I should have done a better job monitoring the situation and ensuring Jackson was not falling behind.”

Jackson’s parents left the meeting reassured, confident, and thankful there was a specific plan in place to help their son.  We shook hands with a smile, and I promised them a follow-up phone call in a few weeks’ time.

At the end of the year, Jackson’s DRA assessment was on grade level, and he received a "proficient" score on his state tests.  The plan had worked.  Jackson was back on track, his parents were reassured, and an important relationship between a family and our school was maintained.

Jen Schwanke has been an educator for 23 years, teaching or leading at all levels. She is the author of two books: You’re the Principal! Now What? Strategies and Solutions for New School Leaders, and The Principal Reboot: 8 Ways to Revitalize Your School Leadership. She has written for Choice Literacy, Education Week Teacher, Principal, and Principal Navigator. She presents at conferences for ASCD, NAESP, Battelle for Kids, RRCNA, and various national, state, and local education organizations. She is an instructor in educational administration at Miami University and a doctoral student at The Ohio State University. She is currently a principal for the Dublin City School District in Dublin, Ohio. Follow Schwanke on Twitter @Jenschwanke or her website jenschwanke.com.

Jodi Mahoney shares insights from research on boys' literacy that is useful to share with parents in presentations.

Jennifer Schwanke changes her collaboration with her school's Parent Teacher Organization when she realizes that many in the group don't have the background knowledge to understand current practices.

The Common Core and Parents: Building Bridges, Not Walls