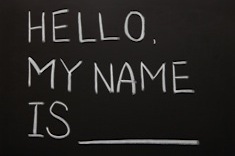 My Name Is Not Julie

My teaching partners and I made a concerted effort last fall to bring a wider variety of voices into our classroom. This is a fancy way of saying that we had noticed that the novels, essays, and short stories that made up the bulk of our curriculum were written by long-dead Englishmen and one Latina.  With my apologies to the remarkable Sandra Cisneros, considering that we teach in an urban all-girls’ school in the Pacific Northwest, we didn’t see much of our students reflected in the stories that were being read in our classroom.

We were delighted, then, when we were introduced to “The ‘F’ Word,” an essay by Firoozeh Dumas that endearingly and hilariously describes the adolescent years that Firoozeh spent wearing her “American” name—Julie.  The piece is unflinching in its honesty and candor. It was a PERFECT story to share with our ninth-grade students, and I chose to use it during the first few weeks of school as a means of opening up classroom conversation in an effort to build community.

In early September I sat in the front of my classroom in my lumpy office chair and surveyed the sea of heads bent over Firoozeh’s essay. The silence in the room was charged—sparked with snickers as my students read about how Firoozeh’s decision as a 12-year-old Iranian immigrant to change her name to Julie served as proof that “sometimes simplifying one’s life in the short run only complicates it in the long run.”

As they finished reading, one by one each girl opened her writer’s journal to a crisp, clean page and began scribbling her reactions to the piece. I thought, Ah, they’re connecting. Just like I’d hoped they would. All except for Julie.

Julie Nguyen raised her head. Almost imperceptibly, she squared her shoulders and unclenched her jaw. Then she spoke:

“From now on,” she said in a loud, perfectly clear voice that did not waver, “call me Hoa. My real name is Hoa, not Julie. I don’t even like Julie.”

Silence. Her classmates and I were simultaneously in awe of her courage and equally unsure what to say next. There was a palpable sense among us that we had just witnessed something important.

In the span of a school year there are—if we are very lucky—one or two moments like this. I couldn’t wait to share Hoa’s story with my teaching partners. I exploded into Deborah’s office seconds after the dismissal bell rang and immediately launched into a somewhat incoherent retelling of what had just transpired. It was Deborah, after all, who had shared the essay with me in the summer. Without her, none of this would have happened in the first place. Caught off guard by my sudden intrusion, Deborah listened politely as I hurtled toward the climatic finish. “Can you believe it?” I gushed.

She blinked twice, then replied, “That’s cool . . . Hey, I’m glad you brought that essay up, because I’m thinking that next year I’m not going to use it until March, because really it’s all about voice, and I think it would fit much better into the curriculum during our narrative essay unit . . .”

If you are like me, at this point in the story you are thinking, Wait! What just happened? Talk about a disappointing response! That’s certainly how I felt when it happened. However, taking into account that I had burst into her office—unannounced—and, in my excitement, had probably not clearly articulated what had just happened in my classroom, Deborah’s reaction doesn’t seem all that incongruent. After all, in her mind we were continuing a conversation we’d been having for months about building diversity into our new curriculum. But I’ll confess: I left her office with my feelings hurt.  How could Deborah—who is a fantastic teacher and a trusted friend—not recognize the gold I’d just laid at her feet?

The next day, Hoa came to visit me during lunch. With a sly, confident smile she asked, “You picked that story for me, didn’t you, Mrs. Gilbert? How did you know?”

Somewhat misty-eyed, I replied, “I wish I could tell you that I had that kind of wisdom and foresight. But the truth is, when I read that piece this summer, it spoke so loudly to my heart that I didn’t have any other choice but to share it with all of you.”

And that is the point, really. Good stories—real, honest stories that are well told—speak to us in a way that transcends our culture or race. I am not an Iranian immigrant and neither is Hoa, but Firoozeh’s story rang true for both of us in a way that I never could have planned for.

The email from the registrar came later that afternoon. “Teachers: please note that student Julie Nguyen has requested that she be called Hoa (pronounced Whaa). Your grade books and rosters have been updated to reflect this change.”

And this is where Hoa’s story would have ended. But as a classroom teacher, I think it is part of a larger tale that illustrates the intangible magic that happens when a child makes a connection to what she is reading. Like most magic, it is impossible to describe to others and hard to believe or even comprehend unless you yourself witness it. But it is precisely these moments of alchemy that keep us coming back to our classrooms day after day, hoping to participate in their spell. 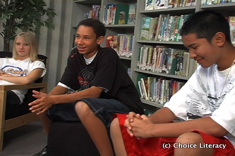 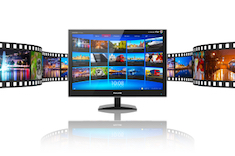 Here’s a problem many teachers share – students are far too literal when it comes to inferring while reading. Ellie Gilbert finds animated short films readily available on the web are a terrific tool for helping students move beyond literal interpretations of text.