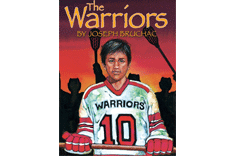 Empathy is the highest form of intelligence.
—Anthony Gucciardi

Emotions are the gatekeepers to learning, and empathy opens the way for students to invest in and care about others. This is why, as a middle school history teacher, I tap into multiple sides of history as often as possible. Who is telling the story and the perspective of the culture telling the story affects the story itself. Sometimes the bias of the story based on perspective is evident, and sometimes it is subtle. When my students feel something for or about the people as individuals or groups, they become more invested in them. They want to know more about them so they can understand their human experience. This creates deeper learning and stronger engagement. To help students know another side to the story, I use excerpts from both nonfiction and fiction books.

For example, after my seventh-grade students read about the journey and purpose of the Lewis and Clark Expedition, I share excerpts from the book Lewis and Clark Through Indian Eyes: Nine Indian Writers on the Legacy of the Expedition edited by Alvin M. Josephy Jr. This book, although written for adults rather than adolescents, allows a window into another perspective on the typical story of Lewis and Clark. The book shows the fear that the Natives felt while being visited by these White men, as well as brings their anger to life. In contrast to the first version we learn about the Lewis and Clark Expedition, students see that although this expedition was the beginning of great things for White Americans, it was also the beginning of the end for the Native ways of life in the West.

When we teach the creation and growth of the United States from multiple angles, it opens students’ eyes and allows them to feel a range of emotions. As Americans, which most of my students are, we tend to see ourselves as the heroes and winners of the journeys that made America what it has become. By seeing and feeling a wider range of emotions about the causes and effects of the American journey, my students tend to take their learning more seriously.

Although these historical accounts allow students to begin widening their view of history, it can still feel dated. After all, we are talking about people who lived hundreds of years ago! Luckily, we can make a leap to more modern connections through young adult literature.

One of my favorite young adult authors is Joseph Bruchac. He is an Own Voices author of many articles, short stories, and books. He writes about the Native American experience in a way that allows students to see themselves in the characters of his books. Bruchac builds a sense of empathy in his readers, causing the readers to connect and root for his characters. He does this while inserting teachings of Native culture and past.

I decided to read aloud to my students in order to have a common reading experience to deepen our community and build empathy. The Warriors by Joseph Bruchac is about a 12-year old Iroquois Native named Jake who loves sports. The book was a perfect choice for many reasons.

Jake is the same age as my students. We learned about the Iroquois of the 1700s earlier in the year. This book appeals to male students as well as female students who are interested in sports. The essence of the book is about the main character having to make some decisions about giving up some of his culture to fit in off the reservation that he has lived on his entire life. My students get to cheer him on to succeed while seeing the struggles he faces. They also get to learn about the Native culture and customs that still exist today.

Even though my school district is one of the most diverse in Illinois, with at least 58 different languages spoken at home, this is a new experience for my students. They tend to not know Native culture. They also are somewhat blind to the various differences that exist right in front of them. They are so used to various ethnicities and religions that they look right through any cultural differences and see themselves as all virtually the same.

When we use stories to show multiple angles of history, it opens students’ eyes and builds empathy in their hearts. It opens students to many authors and books that they might otherwise simply pass over. And it creates interest and appreciation for diversity while opening the minds of my students to celebrate the ways they are different from and similar to others in their worlds. 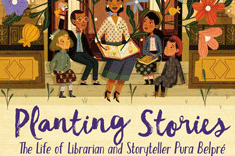 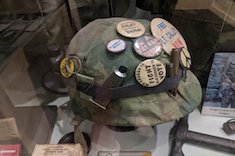 Mark Levine has many students who haven’t traveled much more than 100 miles from home. He makes history come to life for them by bringing artifacts into his middle school classroom. 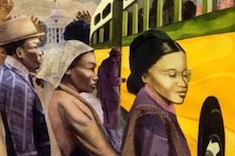 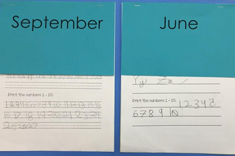 Bitsy Parks offers key end-of-the year activities that allow students to reflect and notice their identities, growth, and community as readers and writers.