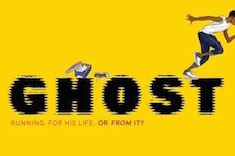 Serena decided that her best course of action was to start the year with a can’t-fail, action-packed novel with a male protagonist. She selected Hatchet by Gary Paulsen, which everyone in the class would be able to read since it is written at about a fourth-grade level. Serena had fallen in love with Hatchet 20 years earlier as a seventh grader. Since becoming a teacher, she had given it to every “striving reader” in her middle school classes. Because Paulsen has written four other books featuring the main character, Brian, students who really loved Hatchet could keep reading for weeks and weeks.

Hatchet had always worked well for Serena, especially with boys—but this time it went over like a lead balloon. They were barely into the first chapter when the jeering began.

“His mommy and daddy are getting divorced and he’s crying. Boo hoo hoo!”

“Wait a minute: did it say he went to the airport in the Hamptons? Isn’t that where the Kardashians hang out?”

“A hatchet? What kind of gift is that?”

When it was time for the next session of novel study, Serena decided to do another session of writing workshop instead, because she didn’t have the courage to face the jeers and criticisms. It became clear as early as the second week of the year that she would need to find another book, because Hatchet obviously wasn’t working. But what book? In view of the “white boy” comment, which had really stung, she realized that a book with an African American protagonist would make the most sense. But more than just an African American protagonist would be needed to motivate that year’s class. Serena wanted to find a real mirror book, a book that reflected these students’ lives. Maybe these kids hadn’t been reading for years because their teachers had kept giving them books like Hatchet.

She talked to other teachers, children’s librarians, and bookstore clerks. She trolled the Internet, reading teachers’ blogs, and got rather discouraged when she encountered Betsy Bird’s article on the dearth of books featuring African American boy protagonists. She spent a whole weekend reading through all the potential candidates she could get her hands on. She rejected all the books written by rappers or athletes. She rejected all the books written at a high school level—too challenging so early in the year for most of the students. She rejected books in which the African American character was a sidekick or part of an “ensemble cast.” She also decided to avoid fantasy or historical fiction for this first book of the year; the genre would definitely be realistic fiction. By Sunday night, she had settled on Ghost by Jason Reynolds. She had only a single copy, so she would have to start it as a read-aloud.

When Serena got to the final word of the first chapter, the room was completely silent. Every eye in the class was fixed upon her. Then there was an explosion of talk. There was a store just like Mr. Charles’s store in the neighborhood. They all loved sunflower seeds and debated the best way to eat them. Unfortunately, several of them had witnessed some domestic violence. She had done it. She had found the right book.

What made it the right book? The book is written at about a fifth-grade level, a little more challenging than Hatchet. It is truly a mirror book for most of Serena’s students. The main character, Castle, aka Ghost, is an African American boy in middle school who lives with his single working mother. Castle’s neighborhood is eerily similar to the neighborhood in which Serena’s students live.

After that first read-aloud, the students were hooked. Serena couldn’t get the books into their hands fast enough. The copy of The Guinness Book of World Records (Ghost’s favorite book) that had sat on the shelf ignored for the previous couple of years was now tattered and held together with tape. There was an increase in the number of sunflower seed shells on the classroom floor. There was an audible groan when they finished the book. It has a cliffhanger ending because the author wanted to stimulate interest in his next book.

How can you follow a crowd favorite like Ghost? It didn’t turn out to be as difficult as Serena thought it might be. Maybe her students trusted her now. Maybe the spark for reading had been lighted. Serena continued her quest for books that would work for her students and filled the classroom library with her finds. Her students read independently and in book clubs. Here are some of the other books that her students read that year:

The Crossover by Kwame Alexander

Middle school twins Josh and Jordan are the stars of their school’s basketball team. Their father is a retired NBA star and has coached them from the time they could walk. Josh and Jordan must deal with sibling rivalry, a first girlfriend, and a family trauma.

Yummy: The Last Days of a Southside Shorty by G. Neri

This graphic novel is based on a real-life incident in Chicago that made the headlines more than a decade ago. Robert Sandler, aka Yummy, is accused of shooting and killing 14-year-old Shavon Dean, who was just sitting on her porch.

We Could Be Brothers by Derrick Barnes

Eighth graders Robeson and Pacino connect in after-school detention. Robeson is a high-performing student who is in detention for the first time. Pacino is smart but hides his ability. His major source of entertainment is teasing Robeson. However, Pacino is as worried as Robeson when classmate and alleged gang member Tariq threatens them.

Kenny is a sixth grader who goes to a tough, urban school and lives with his grandmother. Kenny spends his day dodging bullies, struggling with his schoolwork, and trying to keep his grandmother from finding out about his detentions. He copes with his struggles by engaging in a rich fantasy life, in which he is a superhero, Stainlezz Steel.

Serena learned some important lessons about book choice through this experience: 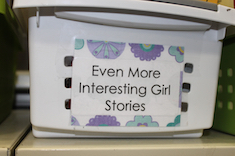 Are there ways for girls in literature to be heroic without fighting? Shari Frost asks herself this question in compiling her latest booklist. 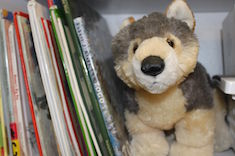 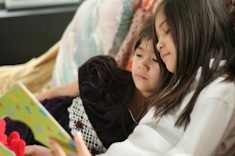 Shari Frost is alarmed when she realizes how rarely children of color are represented as main characters in book series. She decides to compile a list of multicultural series books.