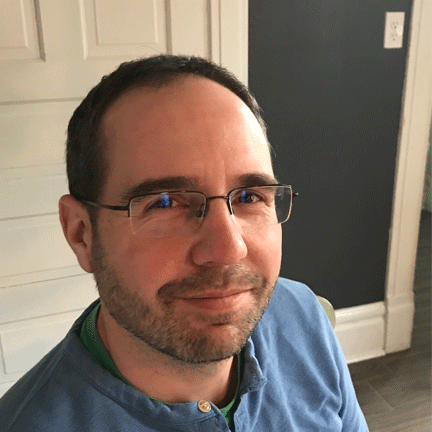 The practice of having playground balls kept in classrooms or just outside the door is disruptive and unnecessary. The biggest problem is the continuous bouncing of balls in the hallway on the way out to and in from recess.

This complaint was followed with a suggestion to have all the equipment near the school doors. As the principal, I would likely not have known about this building problem or resolution had I not offered concern forms to garner feedback.

Feedback is an acquired taste. We know how effective it can be for learners. Providing specific and actionable information for someone can guide their way toward improving their performance. Yet it’s easier to deliver feedback than to accept it for ourselves. Feedback comes with a dose of reality, and depending on who’s delivering it, it can lack accuracy and respect.

That is why I have instituted concern forms in our school. Although it is nice to have staff meetings and open office hours when staff can share what’s on their minds, those forums might be too intimidating for some teachers to express their ideas or concerns about school operations. In addition, I want to hear everyone’s voice, not just the vocal minority who feel more comfortable offering feedback in a public forum such as a staff meeting.

This idea comes from Anthony Muhammad, a professional learning community author and consultant. At a recent PLC institute, he shared a form and a process that allows leaders to receive feedback on their performance. The paper form has only four requests:

Seriousness of Concern, on a Scale of 1 to 5:

This form is filled out by the person with the concern and handed directly to my assistant. People are expected to put their name on the form, but my assistant will share only the last three pieces of information by typing up the seriousness level, concern, and suggestion in an online document. This ensures that there is accountability in who is sharing the concern yet the person is allowed to remain anonymous to me.

This past school year, I received nine different concerns, an average of one per month. It is interesting to note that every concern had a seriousness of 4 or 5 (most serious). Staff concerns ran the gamut, from the already-mentioned organization of playground balls to possible conflict between teacher teams. Although I would prioritize the latter in these two examples, Muhammad was clear that we not judge how staff view the seriousness of their concerns. If it is important to the person, it should be equally important to us.

Whereas playground-equipment issues are not hard to remedy and do not directly affect our literacy initiatives, these types of concerns weigh on teachers’ minds. If they are thinking about that, what aren’t they thinking about? Maybe instructional planning and developing high-quality assessments are not given as much attention. That affects instruction, so these smaller concerns should be addressed. By handling these issues, I show that I care about staff members’ concerns and value their feedback, even if it has little to do with my ability as a literacy leader.

I handle staff-relations issues delicately. To start, I consider whether it’s a one-sided conflict in which a single person is largely to blame, or more complicated. For example, two different concerns came in about the same staff member. They were specific and consistent in their descriptions. The people sharing their concerns also offered actionable solutions to the problem. Professional collaboration was being affected by this conflict. It was clear to me through these concerns plus my own informal observations that this was something I had to address with one individual. I had a short and honest conversation with this person, never mentioning the specific feedback I had received but using that information to support my own observations that I had not been sure about until then. The person’s response was quiet but not defensive.

By offering concern forms, I found that people started to find their own voices. The feedback was for anyone, not only me. As the year progressed, staff members started speaking up. They were more likely to share information in confidence with me privately in my office. They also started becoming more empowered. In one situation where a teacher felt like a colleague was undermining her work when she was not around, the concerned staff member asked for a meeting between the two of them and me.

This teacher shared how she felt, and why, directly with the individual. The other party explained her side and why her words might have been misconstrued. I mostly listened. At the end of this quick and productive conversation, I gave each teacher a notebook to document their conversations in the future if they felt like what they were saying was being misinterpreted. Reflecting on these types of situations, I believe that this process provided staff with a protocol for managing conflict more independently. The feedback was for themselves as much as for me.

I was surprised that many of the concerns shared through this process weren’t directed personally at me. Even if the concern originated with an action I had taken, such as starting a new literacy initiative, the focus of the concern was on the initiative. There was nothing personal in their comments. It was true feedback. Expecting the staff to put their names on the form, even if I didn’t see it, certainly helped in this process.

Here is one example:

“PLC time is ‘protected time’ for staff to work on interventions, data, and student concerns. That is what the superintendent told the board to convince members that PLC time is needed. Board members have questioned staff, ‘Is PLC time really needed? What do you do?’”

Before I could even think about how I might respond, the staff member expressing the concern had offered a reasonable solution:

“If you want us to learn in our PLC time, we need to have vertical alignment meetings in this building.”

Wow—that is a better idea than anything I would have come up with! Fortunately, our literacy initiative had many opportunities for cross-grade conversations already embedded in its approach. I shared this feedback at the next staff meeting and explained how we would ensure that professional conversations would be facilitated in PreK-5. This example helped me realize that through a process such as the concern forms, all staff members are being heard as well as given the opportunity to resolve the situations themselves. Feedback facilitated through an anonymous and accountable process is effective.