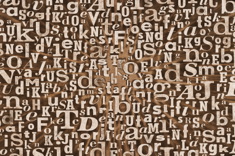 Over the last five years, I’ve dug into teaching conventions with an inquiry-based approach which I define as: using correct text and artful questioning to get students to wonder about words and symbols that convey meaning. I can still remember the first time I worked with a class of first graders and asked them, “Why do you think we use capital or uppercase letters for our names instead of lowercase?”

“Because they are bigger,” ventured one six-year-old.

“And what is helpful about being bigger?” I asked.

“Big letters are easier to see! Because they are important.”

The teacher and I shook our heads as we debriefed the lesson. What if our first-grade teachers had helped us discover that proper nouns are capitalized to make them stand out bigger? You mean there is a purpose? That might have made so much sense to our little brains instead of simply, “That’s the rule.”

Last year I worked with a teacher who told me, “I don’t teach the rules because there are so many exceptions, it’s not worth it.” When we read that English has 1100 different ways to spell 44 separate sounds, it can seem pointless. So I stayed curious and asked myself, “Is it true that exceptions are too numerous?” Soon after I read, “Eighty percent of English words DO follow some main rules.” Hmmm . . . 80% seems high enough to consider rule-based instruction as part of our repertoire.

For clarity, with a focus on the rules, I’m intending this instruction for students who have a large bank of frequently used words and have had instruction with word families, patterns and rhyme. We’ll talk about primary spellers in another part of this series. Students who are candidates for rule-based instruction know how to spell many words they want to write, but are ready for scaffolding to become more competent and confident spellers. Depending on the spelling experience, this might apply to spellers who are third graders, sixth graders, tenth graders or adults.

Here’s a look at some of the rules worthy of inquiry:

The rule “i before e except after c” has exceptions like weird, seize and science, but if many words do follow this rule, how might we discover the purpose of this rule? My initial search led me to lots of “because English doesn’t make any sense” comments, but then I dug a little deeper and began to look at word origins. I discovered linguists believe that English spelling is more dependent on morphology than any other language.

While students may not be able to reason themselves to “i before e” as easily as big letters show off proper nouns, it can help students to know that our language is highly dependent on word roots. For instance, siege comes from the Old French: siegier and receive comes from the Anglo-French: receivre. The ‘ie’ and ‘ei’ patterns have been maintained over time.

Rule #2: Drop the Y and Change to an I When Adding Suffixes

There are exceptions. But encouraging students to learn to look closely at the y at the end of any word and considering a shift to an i will help many spellers.

Why? I didn’t find a good purpose for this rule, but I’m still researching. Right now “you might drop the y” goes into the same category as rounding numbers — a convention to learn. A student of mine asked me “Why do we have to round the number 5 up when we are estimating instead of down?” It turns out there is no reason, it’s just a convention and mathematicians needed to make the choice, one way or the other.

There exists a rule to help us know when to add double ending consonants while adding a suffix and when to leave them alone. If there is an ending vowel plus a consonant, you often double the consonant. So brim becomes brimming because it ends in ‘im.’ Therefore blink does not become blinkking because it ends with is a vowel plus two consonants: ink. Several adults I spoke with don’t know this rule because they don’t need it anymore. They know what “looks right.” This rule is related to the rule about dropping the silent ‘e’ before adding a suffix so that we are able to distinguish meaning between starring (‘ar’ so double it) and staring (silent e so drop it), for example.

It makes sense that we would have different conventions to help with meaning making. Kids might also be surprised to learn that any letter in the alphabet could be silent. Why do we have silent letters? Again, our language borrowed from so many languages. The silent ‘h’ we can blame on the French and the silent ‘k’ we can blame the Old English. As an aside, I once wrote a persuasive mentor text for my fifth graders on the topic of getting rid of the letter ‘c’ in the alphabet since ‘k’ made one of its sounds and ‘s’ made another. They turned it into a hotly debated topic.

Here’s an excerpt from a transcript with a small group of third and fourth graders:

“I’ve noticed that each of you are writing words like ‘makeing’ and ‘nameing.’ Can you find in your journals where I’ve marked one of those words? That’s not the correct spelling, it’s close, but not there yet. Learning how to spell these types of words can help you with many other words. Let’s look at this sentence: I’m making a gingerbread boy and naming it Fred. What did I do with the spelling of those words that’s different?”

“Because it doesn’t belong there?” Astrid offered.

“It doesn’t look right with the e in there,” Bailey said.

I nodded, “Good spellers learn what does and doesn’t look right, but why?”

Cabe said, “Well the ‘e’ tells vowel to say it’s name, but when you drop it, it’s like it’s done its job because now the ‘ing’ is there and you still know it sounds like ‘ay.'”

“There is a rule in spelling to drop the silent ‘e’ when you add an ending or a suffix like ‘ing.’ In fact, it can really help us tell some words apart. Let’s see if we can find ten words together that follow this rule . . .”

If 80% of our words follow some basic rules, then teaching a few rules on a need-to-know basis in whole group, small group and individual conferences is worthy of instruction. In the next part of the series, we’ll look at approaches that move beyond worksheets and prescriptive methods and put the inquiry where it belongs: in the minds of students.