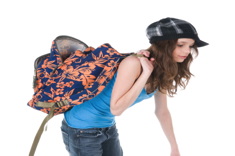 Here we are in the longest stretch of no breaks in the school year, and I feel as though I have hit a brick wall. I teach in a special education resource room for kindergartners through fifth graders, and my students are acting like they have never been in a school setting before. They are either worst enemies with everyone, or best friends with everyone. This creates a one-of-a-kind classroom setting.

I either spend my time (for a lack of better words) trying to get my students to quiet down and work, or I spend my time as their personal counselor — resolving recess, cafeteria, bus or classroom dramas. Is any learning happening in these six weeks between Presidents Weekend and Spring Break? To help me climb over this wall instead of banging my head against it, I selected two students to take a closer look into their reading since the beginning of the school year. Ashley and Robert are both 4th graders who are in our special education program.

Ashley at the Beginning

Ashley started the school year with very few reading skills. She could look at pictures in a book and tell a very brief description of what happened. Ashley read at a kindergarten level with 67% accuracy. She did not understand how to pick good fit books and never raised her hand to speak out in the group. Ashley could read 5 out of 20 sight words, and she only self-corrected twice in the month of October. She did not know the short o or u sounds. On her reading interview, she wrote that “cat in a t” was her favorite book. Ashley could only write a couple of words on her own.

She smiled when she read and she asked questions. She used pictures as cues on her own when reading, but continued to need prompting to skip a word and come back. She wrote on her reading interview that “reedn to the tesh. I like to reedn. We can sit iwir.” (Reading to the teacher. I like to read. We can sit anywhere) as three of her favorite things about reading class. She began asking to stay in at recess to read. She read a middle of kindergarten text with 97% accuracy and self-corrected three times.

Out of 11 conferences since December, Ashley has:

book by Mo Willems. She reads with expression, and even told me “I knew that word apart. Look, a-p-ar says ar-t.” She wrote a summary of a book she read all on her own.

Robert at the Beginning

I called Robert my “growler” at the beginning of the year. He sat on the carpet, mumbling and groaning to himself. When it was his turn to get his bag of books and find a reading spot, he would cross his arms, stare at me with this complete look of disapproval. The only time his face would light up was during read alouds. But don’t ask him to answer anything about his readings, to make a prediction, or heaven forbid he was asked to draw a conclusion from the reading. He also was most likely the instigator of the daily fights about the pillows. I picked Robert to be in my room for reading due to his lack of comprehension skills. He could decode words perfectly, and still not understand anything he read.

Robert was still reading Dr. Seuss books, even though he could read at a 4th grade level. He was beginning to read with expression and able to name the main characters and the conflict in the story. I still had to hold Robert in during recess because the 15 minutes was not enough time for him to write three sentences about what he read. This of course, had nothing to do with the amount of time he wasted growling at me. He still struggled with making connections, but was able to make a prediction five out of the five conferences I had with him.

Something has changed in Robert! I cannot remember the last time he growled at me. He stills crawls on the carpet on occasion, but he participates in read alouds and often I find him laughing during independent reading. He read his very first chapter book Flat Stanley

in February and wrote seven sentences for his summary. Robert continues to be the last one to finish his daily reading journal, but not because he is refusing; he writes at least five sentences about his reading every single day. He has great sequencing, and on occasion will add humor into his summary. Just this week, Robert wrote a prediction, asked two questions, made a connection and wrote a summary all on his own. Later that same day, he even asked if he could read The Pigeon Finds a Hot Dog!

aloud to the group. I don’t think I have ever seen him so proud.

When I look closely at Robert and Ashley, their progress gives me the energy I need to recommit myself to students who haven’t made substantial progress this year. It honestly stresses me out that there are only three more months of school left — I want everyone to be farther along in their reading skills than they are. But I’m finding a close look at my students, documenting their growth in concrete ways, is helping me get over this “Spring Slump.”

Audrey Alexander is a teacher in Portland, Oregon. 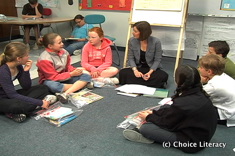 Clare Landrigan finds she is struggling as a writer and runner.  Getting out of both ruts helps her develop three simple principles for working with students in slumps. 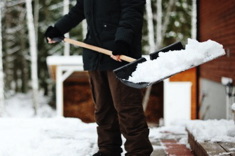 A Bad Case of the Never-Ending Januaries

With a tough winter and tougher budget prospects, many schools will be dealing with the Januaries straight through March.  Our contributors have suggestions for dealing with stress, fatigue, and depression to help renew and re-energize your work. 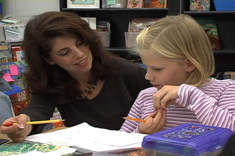 We love seeing growth, but how can we plan for plateaus or even dips with young writers? Aimee Buckner finds it's all about commitment.