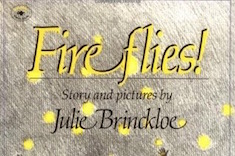 Recently, I was eating lunch with a group of friends and two of them shared how excited they were because the previous night they had seen their first fireflies ever.  We were in Michigan at the time, and most of the people at the table were shocked by this information.  The rest of us had grown up chasing fireflies, putting them in containers, and setting them by our bed to watch them glow in the dark of our bedroom. The next day we released them before it was too late for the firefly. We all took our firefly experiences for granted.   Hearing these two smart women from the Pacific Northwest so surprised and excited about seeing fireflies made me realize that if they had encountered a story in which fireflies were discussed, they would not bring the same background knowledge, and therefore understanding, to the story as the rest of us would.

This aha moment made me think about teaching.  To help readers who might have the same lack of background knowledge about fireflies, how fortunate we are to have a  wonderful book full of beautiful language like Fireflies by Julie Brinckloe. Books like Fireflies help us fill in the background knowledge our students need to bring meaning to the text.  Now I’m thinking about books I share with my students with a different lens.

Understanding Moments in History Within a Book

The firefly conversation and reflection made me think about a book I’ve read recently, Bird in a Box by Andrea Pinkney.  It is beautifully written historical fiction, and it is in the pile of read aloud possibilities for this year.  However, to understand the fixation the characters in the story had about gathering around the radio and listening to the Joe Louis fights, students would most likely need to have some gaps filled in their background knowledge.  I would bet most students don’t even know who Joe Louis is, so I would start there.

One great nonfiction picture book to pair with Bird in a Box would be the Joe Louis picture book written by Matt de La Pena and illustrated by Kadir Nelson.  It is a book with great pictures, and a simple storyline that could start some wonderful conversations about who Joe Louis was and why his determination was so important to the people who followed his boxing career.  The pictures and text would also explain and show what boxing looked like back then, and touch on the significance of a black man making a success of himself, especially when he fought Max Schmeling of Germany.

Even though it is set in a slightly different era, I might also build background knowledge for Bird in a Box by reading Sit-In: How Four Friends Stood Up by Sitting Down, written by Andrea Pinkney and illustrated by Brian Pinkney.  This is a book that shares the story of the four college students who tried to get coffee and doughnuts at a Woolworth’s counter in Greensboro, North Carolina.  This book deals with some of the same race issues that are in the Joe Louis picture book.  Students need to understand the struggle for equality between races has gone on for a long time.

Both of these picture books are great stand alone texts, but to pair them with Bird in a Box, they then become powerful aids to help with background knowledge. Once I made some connections for Bird in a Box, I started to look more critically at other books in my possible read aloud pile this year.

Understanding the Setting of a Book

Small as an Elephant by Jennifer Richard Jacobson, A Million Miles from Boston by Karen Day, and Touch Blue by Cynthia Lord all share one thing in common. They all have settings in Maine. I thought back to each of the storylines, and started listing things a reader might need to support her background knowledge in making sense of the book.  What I realized is that there is both vocabulary as well as visual issues that I would need to address. In two of the stories lobstering and lobster pounds both play an important part.  In Small as an Elephant, it would help the reader to know where Mount Desert Island is, as well as what the Island Explorer is that the author refers to often as a mode of transportation on the island. With those things in mind, I looked for picture books or other resources that would help support my students’ background knowledge.

One of the first books that I found is one I’ve owned for a long time, A New England Scrapbook by Loretta Krupinski.  If you don’t know this picture book, it is set up with facts about New England on each two-page spread.  Each factual paragraph is followed by a poem about the same topic and some wonderful illustrations.  Some of the pages I would use to build background knowledge would be the ones about fog, islands, lobster, old houses, and rocky shores.  Each of these things is important to at least one of my three books set in Maine.

Another book I stumbled upon is an alphabet book, L Is For Lobster: A Maine Alphabet Edition I especially love the page about lobsters. It would help reinforce for my students how lobsters are trapped and what it means to be a lobster fisherman.  There would be many other pages to use as well.  But for understanding life centered on lobsters specifically, I found another picture book titled Lobstering With My Papa by Billie Hancock.  This is an easy book to share with children about the demands of lobstering.

Sometimes picture books won’t address all the issues I want to tackle, and that is true for Small as an Elephant.  It is important for readers to understand the "island" part of Mt. Desert Island and that could be addressed in A New England Scrapbook. As the main character goes searching for his mom, he uses the island’s preferred mode of transportation, the Island Explorer.  Since I’ve actually been there, I have pictures and brochures I’ve kept that show the Island Explorer, a bus that emits very little pollution.  I would share those items with students.  If you haven’t had the wonderful opportunity to visit Mount Desert Island, then looking it up online would be a great alternative.

I will think more about some of the books in my current read aloud possibility pile.  I will analyze each to see if there are possible holes in background knowledge that may occur for children.  If I find gaps, I will be searching for a picture book, online information (both texts and visual), or other materials that help fill in the critical background knowledge needed to process the longer story.

By doing this, not only will I help readers with their background knowledge, but I will model for them what good readers do when they don’t understand something in a text they are reading — they look for further information.

In the meantime, I will be headed outside this July evening in an effort to recapture some of the joyous moments of my youth.  If you need me, I’ll be in my backyard chasing fireflies, gimpy knee and all!