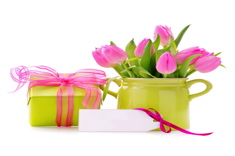 Ending the Year with Literacy Gifts

Recently I received an email from a student who was in my kindergarten class nine years ago. He is now a freshman in high school and just wanted to say hello. It was a great note—he shared homecoming pictures, and information about how he was doing in school and at home. But what struck me most were the things he remembered about kindergarten. He told me he still watches the end-of-the-year DVD that I gave each child as a parting gift, a collection of photos set to music celebrating our year together.

As the end of this year draws near, I keep returning to the comments I received in that email. The surprise that students would still be watching a video I made for them so long ago reminds me how incredibly important our end-of-the-year rituals can be.

I think both teachers and students need rituals and keepsakes to close out the year, to celebrate the community that has been so important to each of us. For me, the process of planning or creating these things gives me the right mind-set to end the year with a celebratory tone. Instead of focusing on the stress that the end of the year often brings, end-of-the-year rituals keep me grounded. Deciding on a parting gift for students and creating it gives us the chance to reflect on the year and the growth we’ve all made.

Gifts and Rituals That Endure

When I was in elementary school, we often passed around yearbooks, autograph journals, or other texts that were designed for collecting and sharing memories. There are a few things from my own childhood classrooms that I am still not able to part with, since they remind me of a community that was part of my growth. Even the simple signatures written in a small spiral notebook bring back vivid memories of my sixth-grade year.

My own children have boxes of keepsakes from school. One of my daughter’s teachers gave each student a CD of songs the class sang throughout the year as part of their daily routines. Her kindergarten portfolio (with the teacher’s personal touches) is also something we will cherish forever.

I’ve tried to close out the year in many different ways. I’ve created class books in which each child designs a page about his or her year. I’ve written personalized letters to each child, highlighting positive things I remember from our year together. One of my favorites has been a placemat-like collage of photos, color copied and laminated for each child. I’ve also ended the year by giving each student a copy of a book they loved during our time together, or a new title that I think they’d enjoy over the summer.

The best end-of-the-year gifts are often not “things” at all. In her book Reconsidering Read-Aloud

, Mary Lee Hahn shares a birthday tradition that she has in her classroom. On each child’s birthday, as a gift from Mary Lee, students can choose a favorite book or passage that the class has already read aloud for Mary Lee to reread to them. What a fantastic celebration of books and rereading! I revised this idea a bit and used it with a fifth-grade class as an end-of-the-year celebration. For the last 25 days of school, each child was assigned a day. On their assigned date, their job was to choose a passage from their favorite read-aloud that they would love to hear again. For the final 25 days of school, we revisited favorite passages from our year of reading together.

I have often had students write to each other about one positive thing they’ll remember about or that they learned from each child. I then collect the comments and type up a list for each student, compiling all the things their classmates will remember about them. This has always been a powerful experience and a terrific way to close out the year. One year, I decided to expand on this idea. Rather than the students merely thinking about our classroom community, I wanted them to think about the ways in which the entire school community had contributed to their growth as learners.

We brainstormed a list of all the people in the school who had had an effect on their learning over their elementary years. The list was enormous; it included the school nurse, custodians, the art teacher, parent volunteers, and many others. I purchased tiny boxes from a local craft store as well as scrapbook paper. On small (1-by-1-inch) squares of scrapbook paper, students wrote a short note to the people in the school community. It could be anyone they remembered from their years at the school. On the last day of school, the small boxes with personal memories were delivered to each staff person in the building. For the fifth graders moving on to middle school and for the staff who watched them grow up, this was a meaningful way to end the year.

There are years when I have been tempted not to put the time and energy into closing out the year. With the pressure of testing behind us, it is easy to give up long-standing traditions and take a small break from the deadlines and hassles of these special events and gifts. But I think we are doing ourselves a disservice if we don’t put time into thinking about how to end each year. The cycle of the school year is an important one, with the ending giving us a chance to reflect on what it is we hope that our students leave with. What will they carry with them once the year is over?

The process of honoring the community that we’ve all been a part of has always been one of my favorite things about ending the school year. Along with the bittersweet feeling that is part of every ending, the right gift can help us all carry away the best of our learning memories. These are the things that will be tucked away in drawers, attics, and lockboxes. And sometimes, when we least expect it, we get those notes or emails that remind us how much these keepsakes mean to our students.