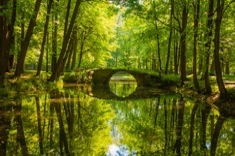 Deep in the samadhi of the old pond

Peepers rise in a chime of bells

the knowledge of arrival, their surge

The deer stalks through a fine mist

dark among the black trees, shadows

and standing, a tinge of rhyme

seeps into rock, enchanted by the eternal tide

Joy, behind a rise of happy tears

cracks the iron darkness of the heart

deep in the samadhi of the old pond,

I read somewhere that a villanelle is “exquisite torture, wrapped into 19 lines.” Alongside an article about the villanelle online, a man is bent over, head in hands, presumably immersed in the act of trying to compose a villanelle. Fortunately for me, I didn’t know all this before attempting to write one.

A villanelle is a poetic form of 19 lines. It has five tercets (3-line stanzas) and a closing quatrain (4-line stanza). The first three lines are the driving force of the poem, the first and third lines serving as alternate refrains to the other four tercets. The two refrains join to finish the poem as a couplet.

Some folks may wonder why get involved with such a straitlaced form as the villanelle. Or any strict poetic form. Doesn’t following a prescribed set of rules bind one’s thinking? Shut down creativity? Make one frustrated for no good reason? Doesn’t it emphasize form over content, or meaning? Won’t it become a crutch? Who needs form?

Beloved poet Maxine Kumin told a story once about teaching graduate students who asked those very questions (she points out they were taking the course for extra credit). Poetic form was the focus of her class. She loved to write in form and was often frustrated with her students’ reluctance (and sometimes petulance). While teaching Yeats’ “Leda and the Swan,” she wrote what started out to be her “get-even poem,” called “Pantoum, with Swan.” It evolved into something that gave her great satisfaction. “I think the challenges of form,” she wrote, “elicit extraordinary responses. You don’t know what’s going to come.”

In her book Come, Thief, Jane Hirshfield writes a modified villanelle called, “A Hand is Shaped For What it Holds or Makes.” In an interview she says she didn’t think about the form first, “it simply arrived as a villanelle,” the poem needing the voice, recurrences and variations “to work itself deeply through.” A villanelle is “about exactly that unfolding.”

“A Spring Villanelle” began, for me, with reading Basho’s “The Old Pond.” The hope for spring, the magic of it, the mystery. I asked myself what primeval force or pulse lies so deep? Not “in” the pond, but in the … what?…of the pond? The word samadhi came to mind—the highest stage in meditation, in which a person experiences oneness with the universe.

And so the line “Deep in the samadhi of the old pond.” Looking through my current notebook of lines, I came across “enchanted by the eternal tide.” The “eternal tide” became another way of understanding the seasons. I felt the alliteration and the rhythm of the phrase would bear repetition. I said this line aloud because I knew it had to be the ending. It landed well to my hearing of it.

Now, I had to think of an action, something happening “deep in the samadhi of the old pond. Something mystical, miraculous. The beginning of spring. And so it went with a list of other reminiscent signs. And attention to the form, the rhythm, as they support these images. Such a pleasure to arrive at the end of a tercet and find a choice line already waiting for me.

With Hirshfield’s words in mind—If the ear and breathing aren’t awake and engaged, for me, it’s not a poem, it’s just jottings.—I read the lines out loud each time I added a new one. And the whole poem many times, for sound and that enchantment of light that “seeps into rock.”

If you’re intrigued by the villanelle, you might enjoy reading or rereading these unforgettable gems: “The Waking” by Theodore Roethke, “Do Not Go Gentle into That Good Night” by Dylan Thomas, and “One Art” by Elizabeth Bishop.

Now, why not write a pantoum? You might want to after reading Linda Pastan’s glorious “Something About the Trees.” 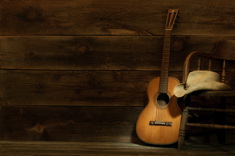 Shirl McPhillips creates a cento – a collection of lines written by other poets compiled into a new poem. It turns out poets were sampling other creative works centuries before rappers made the practice so popular today. 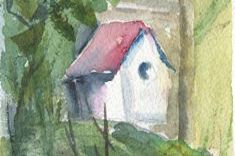 Shirl McPhillips considers ekphrasis (poetry inspired by art) in her own poetry and reflection. 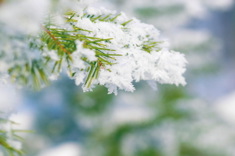 Now is Our Season

Shirl McPhillips so eloquently captures the spirit of the light and dark, hopeful and ambivalent, quiet and purposeful time after the holidays in this poem.