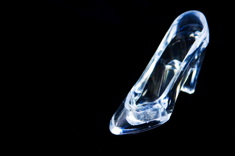 Like many teachers, I see my classroom growing more diverse each year. My students can tell stories about crossing the Mexican border, or recount how different their classrooms were in the Philippines. Not only do my students have a wide variety of cultural experiences, but their academic backgrounds vary greatly: Some students are completely bilingual, whereas others struggle to express their thoughts in one language. Finding literature to appeal to this wide variety of students, on a limited budget, can be a challenge—to say the least.

It’s actually not a modern story that I’ve found to address this, but one that’s been around for perhaps two thousand years. Versions of “Cinderella” can be found in almost every culture, and for the past few years I’ve made picture book versions of them a unit of study, in both a seventh-grade language arts class and a class specifically for middle school English language learners.

I like to start with reading a Cinderella story out loud to the whole class. Before reading it, I give my students a brief introduction to what we’ll be doing by putting a picture of Disney’s Cinderella on the board (it produces lots of giggles). I tell them that this is what I used to think of when I read “Cinderella,” but that that’s only one very recent version. Our language arts reader has the Brothers Grimm version, “Ashputtle,” so I choose this one to read.

Starting Points: Drawing in the Boys

If you are able to get a copy of “Ashputtle,” do so, because seventh graders love it. You can find a version here:

Blood spurts from feet as the stepsisters cut off their toes and heels to fit into the golden slipper, and as Ashputtle marries her prince, the stepsisters have their eyes pecked out by her dove friends. After reading this, my male students are much more excited by the prospect of studying Cinderella.

After we’ve read and discussed our class Cinderella, I show my students copies of other Cinderella stories. I gather them from my public library each year. The possibilities out there are almost endless. In the past, my students have enjoyed all of these:

I give my students a list of all the different cultures I have available, and then have them write down their top three choices. It’s always interesting to see what students choose. Some want desperately to read the story from the country they’re from, whereas others would rather study other Cinderellas. After class, I strategically form reading groups, making sure each student is assigned to one of their choices, and that each group will also be able to work together.

The next day in class, students meet in groups and read the stories out loud to each other. The picture books seem to level the otherwise uneven reading field in my classroom. Some Cinderella picture books such as Cinderella Latina/La Cenicienta Latina

by Bobbi Salinas-Norman and Tam Cam: The Vietnamese Cinderella story

by Nguyen Thi Nhuan are bilingual, and I’ve had students listen fascinated as their group mates read segments of the story in their native language. (You can also pair all native speakers together for this.)

After reading the stories, groups work together to make charts comparing and contrasting their story with “Ashputtle.” I like to provide some guiding questions to help them, such as “How are the characters’ personalities similar or different?” and “How are the messages of the story similar or different?” This helps move students beyond just comparing plot points. I think the brainstorming as a group is also an essential piece of this—my students come up with many more ideas this way.

Students enjoy sharing their findings with others who have read different stories. Many students can’t stop with reading just one new Cinderella story, and I keep the books so they can be enjoyed during our independent reading workshop time.

Extending the Study of Cinderella

Some teachers may choose to stop the project there; however, I continue by having my students translate their findings into essays. I always struggle to find ways to cover expository writing in class, and the students’ high interest in the Cinderella stories translates into great essays. In class, we list different ways that students could organize their essays and keep these up on the board. Each year, my students might be struggling with slightly different writing skills, but some good ones to include minilessons on with these essays are writing interesting introductions and conclusions, and sentence fluency. (I show my students how they can write compound sentences to show the differences, such as “In ‘Ashputtle,’ the girl has dove friends, whereas in the Chinese ‘Yeh-Shen’ she has a fish helper.”) Other typical writing routines, such as peer editing or response groups, can be included in this. It’s fun to have different response groups—such as meeting once with students who all read the same story, and then meeting a second time with people who all read different stories.

I like to end our study of Cinderella by asking students, “Why do you think these stories were told all over the world, and why are they still popular today?” My students usually come to the conclusion that we all love the hopeful message of Cinderella—everyone wants to think that no matter how bad your circumstances, you can end up marrying the prince.

I’ve never said this out loud to them, but I think that’s what makes middle school perfect for studying Cinderella. Let’s face it: Are things going to get much worse than seventh grade? For many, the middle school years are the ones of feeling like they’re lying in the social ashes. And I like to think that just maybe for a few class periods, they imagine themselves out of their circumstances and see themselves at a ball, with the flash of gold and silver all around them.

I know that’s what I do, anyway.

Anklet for a Princess: A Cinderella Story from India

Domitila: A Cinderella Tale from the Mexican Tradition

by Rebecca Hickox and Will Hillenbrand

The Gift of the Crocodile: A Cinderella Story

(from the Spice Islands) by Judy Sierra

The Orphan: A Cinderella Story from Greece

The Way Meat Loves Salt: A Cinderella Tale from the Jewish Tradition

Yeh-Shen: A Cinderella Story from China