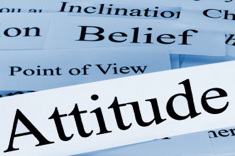 It had been a rough morning. I'd spent the last two-and-a-half hours in jaw-tightening silence, watching a novice teacher making misstep after misstep in his classroom. In my capacity as his supervisor, I visit his classroom twice per month to observe his teaching and to mirror back to him what I see, offering support where I can. During our debrief after class, I gave him my feedback about what I had noticed. I could tell he wasn't listening. In fact, I could see him formulating his rebuttal to what I was saying before I was through saying it. It was painfully clear that this novice teacher was stumbling over his assumptions and that he wouldn't be able to grow or learn until he was willing to let them go. Driving home that afternoon, I wondered — are there assumptions that I am holding onto that are keeping me from growing as a teacher?

It turns out, the answer is yes. Here are some of the false assumptions I've been holding onto:

1. I assumed that teaching adults would be easier than teaching teenagers. When I made the transition from teaching in a high school classroom to working with novice teachers, I assumed that I would be leaving behind the behaviors and pitfalls that come with teaching adolescents: the fragile egos, the petty discipline problems, and the lame excuses. I assumed that my role would be more that of a peer: a wiser, more experienced peer perhaps, but a peer nonetheless. I did not anticipate having to listen to longwinded excuses from an adult who has arrived twenty minutes late, watching in disbelief as she explains (in between sips from a fresh cup of Starbucks coffee that she has somehow managed to find the time to procure) how difficult it is for her to get to our meetings on time.

2. I assumed that all silence is awkward. We've all been there: you are trying to engage your students in a group discussion, only to be met with that dreaded awkward silence. Anyone . . .? Bueller? More than anything, I struggle with mastering the art of wait time. I get caught up in thinking that silence = disengaged minds. This causes me to panic, and I rush in to "rescue" my students from the silence, rather than making space for it. I recently heard a colleague say that when she finds herself feeling compelled to fill the silence she reminds herself to W.A.I.T., which stands for "Why Am I Talking?" I need to ask myself that question more often.

3. I assumed that my novice teacher would be different somehow. As much I as I don't want to admit this, he isn't the only one in that classroom being stunted by assumptions. I haven't been seeing him for who he is: a beginner. I have been comparing him to who I thought he was going to be, and this is holding both of us back. I can't offer him the support and guidance he needs if I am constantly comparing his performance to my misguided, baseless assumptions about what he should have already mastered.

Whether we are novice teachers, seasoned veterans, or the literacy coaches who support them, we are all working from our assumptions. What assumptions are you making in your classroom right now? Which of those assumptions are you willing to let go of? Which ones might be worth holding onto? By letting go of an old assumption that is no longer serving you, what might you then be making room for?