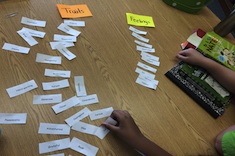 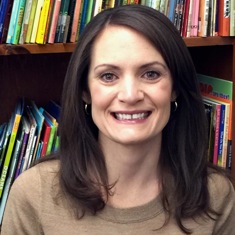 Identifying character traits is an important skill for readers, and the need for precise word choice rises in third and fourth grade. Students are expected to pay close attention to character actions to help them identify the type of person their character is and be able to explain why, using text evidence. Sometimes readers have a difficult time choosing a precise word that is relevant and that they can support with evidence. This is not because they don’t know the character traits, but because they don’t know the meaning of the more precise character-trait words. Sometimes we assume students at the fourth-grade level know what it means to be selfish, confident, determined, and brave because they are common words we use to describe characters. However, many intermediate students do not truly understand the meaning of those words.

While working with a group of fourth graders recently, I came to the realization that it wasn’t that they didn’t know what a trait was, or how to support it, but that they were not choosing the correct trait because they didn’t know the meanings of common words to describe character traits. I began to think of ways to help strengthen their character-trait vocabulary and came up with the idea of using word sorts, since they are already used to using word sorts during word study.

I created a list of character traits and some feelings, too, since some students needed practice distinguishing them from each other. Then I cut them up and created headings for the possible sorts: Traits/Feelings; Positive/Negative. 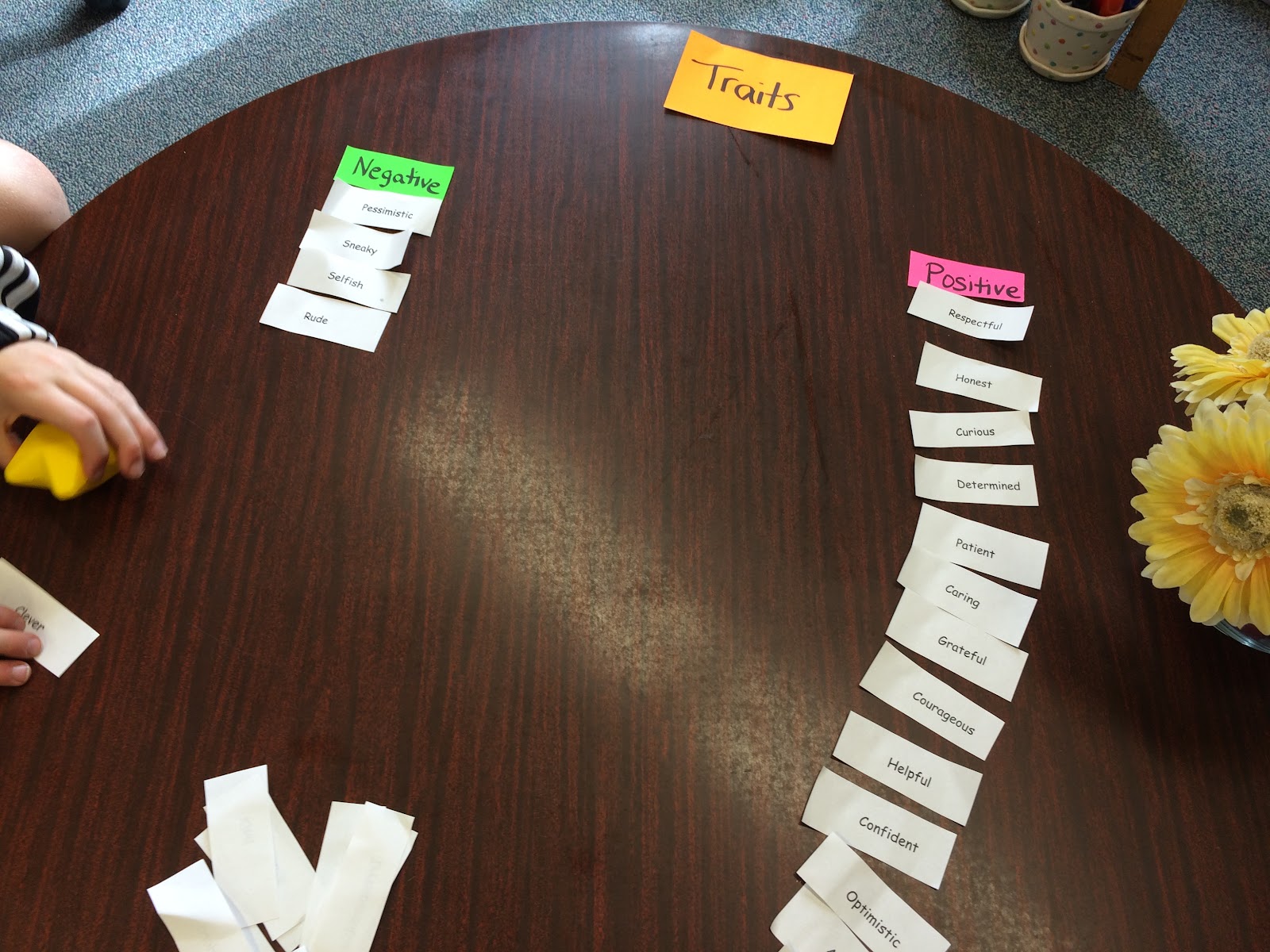 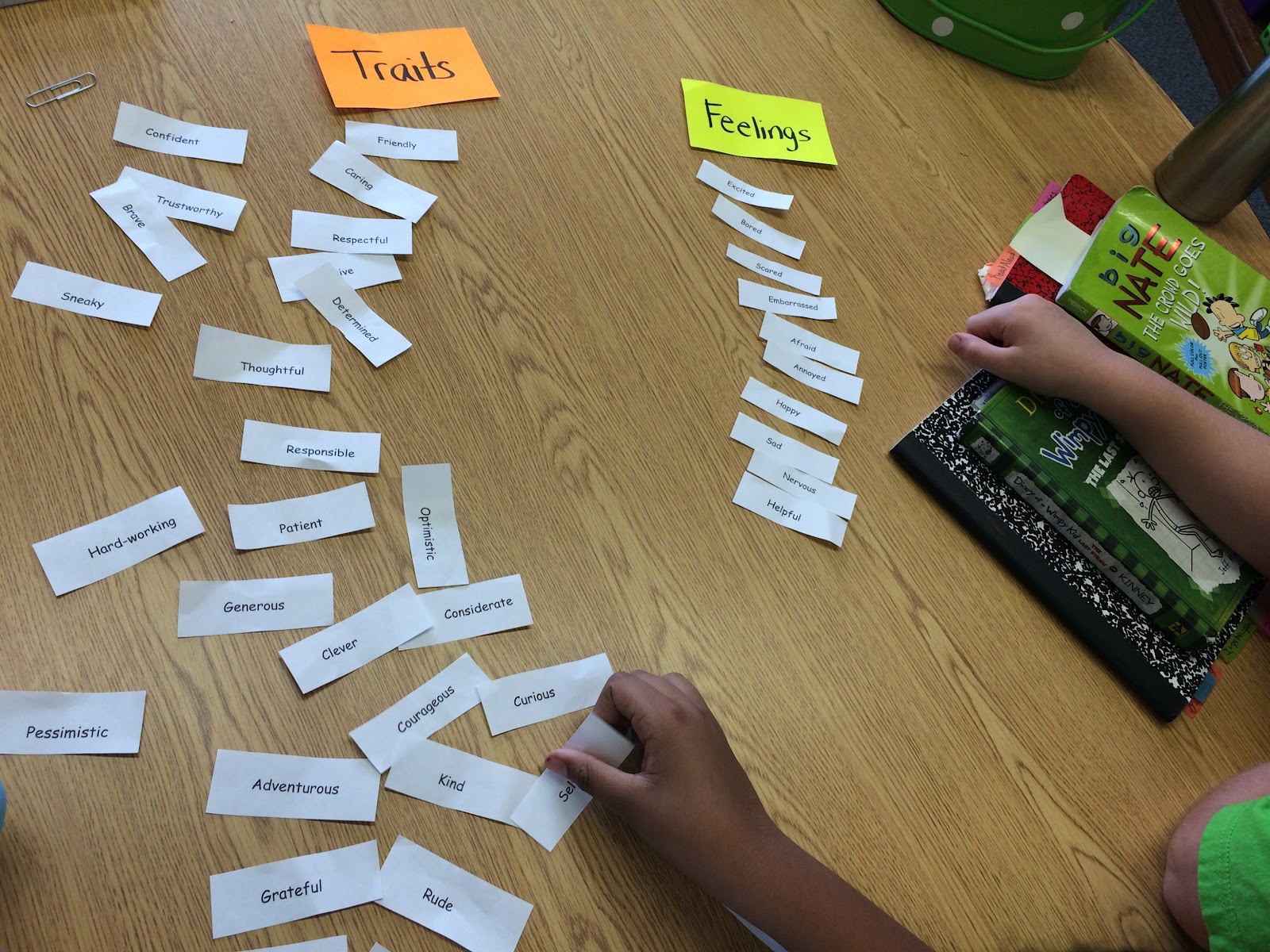 We started by first doing the traits/feelings sort together as a small group and talking about the meanings of the words. When students chose to put a word in the trait column, they needed to convince us of why it was a trait instead of a feeling. This sorting led to some great debates, because some students felt strongly that some words could describe both a trait and a feeling. For example, one student explained that she thought grateful could be a feeling and a trait, and she gave strong evidence for both. She said that a person could feel grateful for something that someone did for them, and  could also be a grateful person and appreciate everything. Another student argued that nervous could be a feeling and a trait, because you could feel nervous about a test, but some people are always nervous and worried, so they are nervous people. These debates were helpful and powerful for students, because they helped them internalize the words by having conversations with one another about their meanings and giving real-life examples for them.

Students were also able to act out a small scene to explain the meaning of the word to the group. We then began to role-play the different traits to help give a visual of the meaning of the word and add movement to it as well. After turning all the cards over and mixing them up, students would choose a word from a pile to act out with their partner and try to get another partnership to guess which character trait they were performing. For example, one partnership chose the word confident and acted out a scene playing video games while saying, “Oh, I know I can beat this level. I can definitely beat this level, no problem.” Another partnership chose the word considerate and acted out a scene in which one dropped some books in the hall and the other stopped to help her pick them up and ask if she was okay. This role-playing with the word sort cards continued during reading workshop shares: the classroom teacher and I would choose a card and act it out for the class, and they needed to work together to decide which trait we were performing. The students loved watching the two of us “act”!

Once students’ understanding of the character traits were stronger, we began sorting them into positive and negative columns. Again, students need to convince their partnership why a trait was positive instead of negative before placing it in the column under the heading. This was the catalyst for some great debates around these words, because they argued that some words were both positive and negative. For example, one partnership argued that the word competitive can be positive if a person with that trait displays good sportsmanship but just wants to try their best to have their team win; it can be negative if the person isn’t a team player and competes against their own teammates. These debates were powerful, because they strengthened their understanding of the words even more and helped them internalize the meanings.

These sorts are kept in envelopes in the classroom and can be used at any time for a conference, small group, or share at the end of reading workshop. They can be used for sorting, role-playing, and debating, as well as act as reminders for students when they are trying to choose the most precise word for their own characters. In this way, more sophisticated vocabulary for describing character traits is always at students’ fingertips.